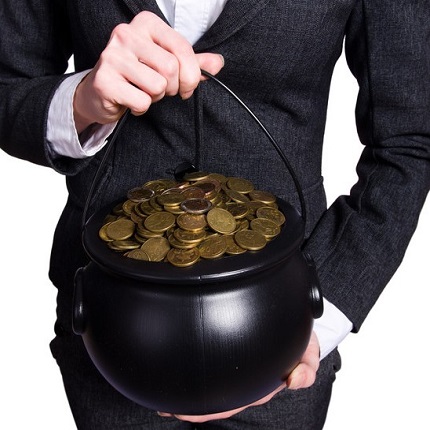 Luxury condo developers in South Florida are now dangling cash rebates and zero maintenance fees at buyers — and the potential for huge commissions at brokers — in an effort to unload remaining units amid the ongoing sales slowdown.

Incentives are increasingly aimed at new developments, including the W Residences Fort Lauderdale — 64 of 171 units haven’t been sold — and Reach and Rise at Brickell City Centre, which has 150 condos of 800 still on the market. Developers and brokers say they are trying to close the books on the completed projects.

Condo sales locally have slowed along with the housing market nationwide. South Florida’s newly-developed condominiums have seen sluggish sales for at least the last two years, as foreign investment, particularly from South America, has diminished.

According to Douglas Elliman’s latest residential market report, the number of luxury condos sold in Miami Beach and the barrier islands during the fourth quarter fell 15 percent year over year. Condo sales in January dipped more than 11 percent in Miami-Dade and Broward counties compared to the same period the year before, according to the Miami Association of Realtors. In Palm Beach County, the dropoff was more than 18 percent. Meanwhile, new condo projects continue to enter the market, adding to the competition.

“Condo developers in South Florida want to sell their inventory this year, so they are offering different incentives all over the place,” said Craig Studnicky, principal of brokerage RelatedISG.

The W Residences Fort Lauderdale, with 37 percent of its condos still for sale, last month added a third year to its previous two-year leaseback offer. Related Companies, which owns the condo-hotel, will place a newly purchased condo in the W’s Starwood hotel rental program, paying the buyer 7 percent per year.

“For a typical $1 million, two-bedroom unit, that amounts to $70,000 per year or $210,000 over three years,” said Studnicky, whose firm is exclusively handling sales and marketing of the W Residences.

Related will also pay the buyer’s condo maintenance fees, which would average $18,000 a year on the same unit, or $54,000 over three years. That means a person who buys that $1 million condo would receive $264,000 back over three years.

“The condo owner would be allowed to use the unit for 30 days per year, which would not have to be consecutive, and would still be responsible for real estate taxes of about $20,000 a year,” Studnicky said. “Back in December, Related paid me a visit and said, ‘What can we do to help you make more sales because we would like to sell it out in 2019,’ Studnicky said. So he suggested the third year leaseback, and three years of zero maintenance fees. Related agreed. “It didn’t take a lot of convincing.”

Related Companies completed nearly $60 million in renovations last year on the W, which it purchased out of foreclosure in 2014 for $90 million from the Y Group. In November, Related secured $140 millionto refinance the 346-room property at 3101 Bayshore Drive, five months after putting the hotel on the market for $275 million. It remains for sale, and latest incentives package could also be an effort to sell out the condo portion to make the hotel more attractive for potential buyers.

Meanwhile, the Related Group is offering big commissions for brokers at its recently-completed projects, like Hyde Beach House in Hollywood and Hyde Midtown in Miami.

“Boosting broker commissions provides the extra incentive to move inventory, and move on,” Carlos Rosso, president of the Related Group’s condominium development division, said. “There are small quantities of units left at all these projects, and we’re trying to close our sales offices and reduce marketing costs by offering incentives.”

But the big push is still aimed at potential buyers, drawing them in with deep discounts. In Miami, Swire Properties is saying it will give buyers a 10 percent cash rebate at its recently-built Reach and Rise, twin 43-story condo buildings at Brickell City Centre. About 19 percent of the combined units remain unsold.

That means for a $1 million unit, Swire will write a check to the buyer for $100,000, plus pay two years of condo fees, which amounts to about $15,000 per year, according to Studnicky. He is also principal of ISG, which took over sales and marketing of Reach and Rise last April.

And at the 180-unit Echo Brickell in Miami, Property Markets Group is now giving a 10 percent discount to buyers along with a 7 percent commission to brokers. PMG launched the offer in January with just four units in the complex on the market.