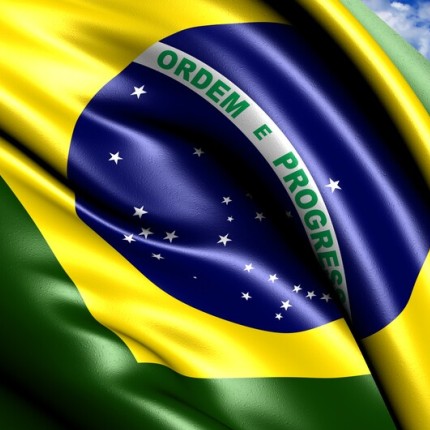 As the world’s ninth largest economy begins to bounce back from two years of recession and slow recovery, Brazilian foreign investment in South Florida real estate is booming and the Miami Association of Realtors says Brazil was the top foreign country buying homes here in 2018.

“I do see they’re coming more than they were coming at the beginning of the year or last year because they are seeing changes in the economy and they will probably be more comfortable in Miami again,” said Fabiana Pimento, a veteran Brazilian realtor of Fortune International Realty who is excited about Brazilian clients returning and buying second homes, vacation homes or properties to rent. “They’re looking for good deals,” she said.

Last year Brazil elected right-wing president Jair Bolsonaro, who ran his campaign on promises to pass a major pension reform that would reduce a rising debt that began with gross overspending that sent the nation into recession in 2015. The reform looks to improve conditions by cutting pension system spending over 10 years by about 1 trillion reais or $250 billion.

Pimento says the promise of reforms are causing people to move ahead with investing in Florida. Meanwhile, Brazil’s Gross Domestic Product has already shrunk this year.

“They need some time to adjust and adapt to the new reforms,” she said about potential real estate buyers.

A newer phenomenon in the realm of Brazilian real estate is investment in Portugal, where investors have seen more accessible and affordable immigration processes than in the United States for a visa or residency, as well as the advantage of having no language barriers. Pimento says she has already lost some investors to this new competition.

Carlos Mariaca, a board member of the Brazilian-American Chamber of Commerce in Florida, says an economic climate that sends Brazilians to find homes across the world is good for the real estate market in Florida.

“We know that a large number of those Brazilians are moving to South Florida, and that obviously influences the market,” Mariaca said via telephone, as he is currently in Brazil.

The Department of Federal Revenue in Brazil, which Brazilians notify when they are leaving the country for good, reported that there was a 165% increase of what are classified as “definitive exits” in 2017.

Mariaca and other members of the chamber are currently in Brazil as part of the annual Road Show, a series of workshops that explain how people can become investors in the American market, including real estate.

“The main goals of the yearly road show are to inform and educate people on the challenges, the differences, but most importantly the opportunities that exist for people that want to do business in the United States,” Mariaca said.

The president of the Brazilian-American Chamber of Commerce says that the Road Show has sought to promote the chamber as a point of guidance for newcomers to Florida investing at large.

“Every year we get new viewers, different sets of people, that want to know more about how to invest in Florida,” said Cassio Segura, who presides over the organization and said that he has faith in Brazilian investors because they “envision and see the long term” despite politics or economic conditions.

Segura says that investors call Florida the bola da vez, or the ball to play at the moment, in Portuguese.

Jose Gouvea is a Brazilian realtor in Fort Lauderdale of Florida Luxurious Properties who also says that once the government can finalize their reforms, prospects for Brazilians will look even better in both commercial and real estate investing in Florida.

“[Reforms are] going to really impact the overall uncertainty for many Brazilians,” Gouvea said. “But they are still continuing to come to South Florida and invest, and continue to see it as a place to have a second home.”