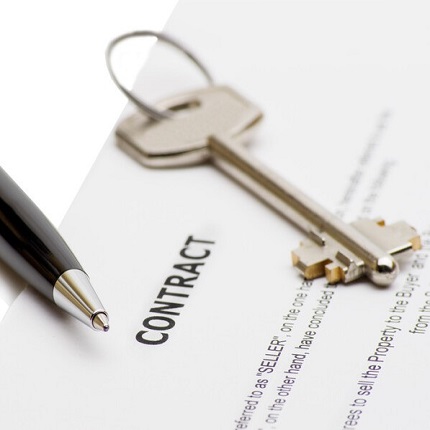 As the world turns, so, too, does the housing market — and right now, the market is slowly but surely turning in favor of buyers.

As a result, sellers are likely to see the return of contingencies: those conditions that must be met in order for a contract to be valid.

While a contract can be contingent on almost anything — Maryland agent Margaret Rome once had a sale dependent on the buyers’ parents’ approval — we’re largely talking about home inspections, appraisals, financing and the need for the buyer to sell their current residence.

Over the last few years, buyers all but abandoned those safeguards in an effort to beat out competitors. The market was so hot that buyers basically threw all caution to the wind, hoping they weren’t paying too much, that they could qualify for a mortgage and that they weren’t buying a place with major, costly defects.

Up until a month or two ago, sellers were in the driver’s seat, able to practically dictate the terms under which they would accept a buyer’s offer. Now, though, buyers are regaining the upper hand. Competition is dwindling. The number of houses for sale is growing. And many sellers are lowering their asking prices.

There’s still a way for sellers to maintain control of the process, though. By demanding a “kick-out clause,” you have the right to terminate a contingency-laden contract if another buyer comes along and offers a deal without any such strings attached.

Of course, a seller can’t simply say, “Hey, I got a better deal. See ya.” The first buyer must be given a certain period of time to remove the contingency. But if they don’t, the seller can move on to the next. They’ll have to return the deposit, but otherwise, the deal is canceled.

The use of kick-out clauses, sometimes known as bump or release clauses, is not universally popular. One agent calls them “an empty bag” that simply mucks up the deal. Another says he dreads them. Other agents swear by them, though.

“As long as there is a contingency,” says one advocate, kick-out clauses put sellers in “the negotiating position they dream of.” Says another: “It really wouldn’t be wise to stop marketing your home for a ‘maybe’ contract, and that’s exactly what a contingency contract is: a maybe.”

But while kick-outs do, indeed, favor sellers, longtime Massachusetts RE/MAX broker Bill Gassett says they also help buyers. Knowing they can force a buyer’s hand makes it more likely that sellers will accept offers with a contingency, Gassett says. And by being able to negotiate price and terms beforehand, buyers will know exactly how much they need to net from selling their current residence.

With a kick-out clause in place, sellers can (and should) continue to show their properties to prospective buyers. And should one come along that doesn’t have a place to sell or doesn’t need financing, they can give the first buyer so much time — usually 24 to 72 hours — to remove the contingency. If they don’t act in time, you can void the contract and move on.

Of course, if the first buyer removes the contingency within the stated time frame, the seller has to continue to closing. Even if another buyer offers more money without other stipulations, a deal is a deal. The idea is to prevent a buyer from dragging their feet through the process. “Fish or cut bait,” says one agent.

All contracts stipulate that the buyer must complete certain tasks within a certain period. Sometimes, though, those deadlines come and go without any discernable progress. If a deadline is missed, the seller can cancel the sale. But with no other offers in sight, most sellers decide to hang in there, waiting and waiting — and maybe waiting some more — until something happens. A kick-out clause lets sellers push buyers to move ahead or drop out.

“With a kick-out clause, the seller has the best of both worlds,” says Gassett, who has frequently posted online on the topic. “He has a buyer on the hook, as well as the ability to continue looking for something better.”

About the only drawback for sellers is that their second buyers may need a decision right away. Since sellers have to give their first buyers a reasonable period of time to remove their contingencies, the second buyer may not be able to wait. Consequently, sellers could lose a buyer who is willing to make a better offer.

Sellers can invoke a kick-out for any reason, Gassett told me in an email: “Usually it is because the second buyer does not need to sell a house and can close quicker. However, it could be for any number of reasons, including a higher price.”

But, he warns, the wording of your kick-out clause can be a little tricky. While many multiple listing services have standard, fill-in-the-blank kick-out clauses, it’s always best to work with an agent who has enough experience to ensure the language is correct. And you may want to consult an attorney to be sure the clause says exactly what you want it to say.

“A kick-out clause does increase the complexity of the purchase contract,” Gassett says. But it helps you “avoid handing over all the power to the buyer.”