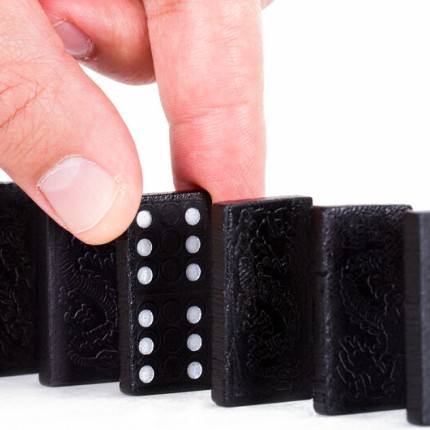 As Miami negotiates a deal to build an administration building beside Miami Freedom Park, will plans include a new city hall, freeing the city’s historic Coconut Grove home for something else?

It’s no idle question. Elected officials often combine an edifice complex with a penchant for wheeling and dealing of public lands, especially waterfront. And it’s true that a Miami city hall hasn’t been purpose-built for nearly a century.

If talks of a new city hall exist, it has not been heard about. It’s not necessarily favored, especially to what is today (though not for long) Melreese golf course, the largest city-owned open space. But it’s easy to speculate about the next step after commissioners this month voted to build the long-planned administration building at Melreese shortly after they agreed to a deal to develop at least 1 million square feet of commercial space plus a privately owned soccer stadium on the golf course.

The phrase “at least” is significant, because Miami Freedom Park developers must build 1 million square feet but have carte blanche to build as much more as they want on most of the 131-plus acres. At city hall, “deal” is also an operative term.

The puzzle is complex. The city and the Adler Group agreed in 2018 that Adler would build a new city administration building elsewhere and the city would turn over its present prime Miami River site to Adler to develop along with nearby Adler projects. That deal is still alive.

In the interim, with vocal backing of Mayor Francis Suarez the commission voted to lease the golf course to the developers of Miami Freedom Park. Suddenly, the golf course clubhouse emerged as the preferred – and now chosen – site of the administration building Adler will build.

The reason the city gave for wanting an administration building is that the present one at 444 Second Ave., which was built for Florida Power & Light and sold to the city, isn’t adequate for current needs. While the city finds the building outmoded, the riverfront site is perfect for luxury residences.

When we think of buildings that were not constructed to city specifications and are outmoded, moreover, Miami City Hall must be ahead of the 444 building on the list. The last time Miami built a city hall itself was in 1907 on Flagler Street when the city was 11 years old. The city stayed until it outgrew the site and moved into the then-new Dade County Courthouse in 1928. It left in 1954 and moved into the former Pan American Airways System terminal in Coconut Grove, where it now resides.

According to the Library of Congress, the former PanAm home, built in 1934, was “one of the best planned terminal buildings constructed for either land or marine airports” and could simultaneously handle four seaplanes. It was placed on the National Register of Historic Places in 1975. But efficient and effective as the building was as a base for seaplane trips to and from Latin America – a transportation mode that died in 1945 – it is neither prepossessing nor efficient in a world in which the City of Miami positions itself as an ultra-modern global business hub that is both a tech center and a financial center for cryptocurrency. A small historic building hardly fits the image.

Nor, in truth, does the building’s format fit needs in the heart of a county that’s nearing 3 million residents. Limited seats in the commission chambers quickly overflow for heated debate. Commission and staff offices are underwhelming. Given ultra-cramped city hall offices, too little space for meetings, and a site far from the present administration building downtown and much farther from the planned administration headquarters at 1550 NW 37th Ave. beside Miami International Airport, if talks of a city hall on the golf course land haven’t already begun, they are anticipated.

And, if such talks do crystallize, what of the current building? Though city hall is on the National Register of Historic Places, it has no protection from alteration or razing. The half million register listings around the US are mostly symbolic, other than for some tax breaks.

The city has no legal duty to retain the structure or to use it in any particular way; it bought the site in 1945 when PanAm no longer needed it and it was a waterfront restaurant before becoming city hall. If it were no longer the city’s home, it might become anything.

Part of the deal to lease Melreese to developers was that land had to be replaced as parkland. That city requirement has yet to be met. If the present city hall became a public park, that bayfront land might be repurposed to help meet that requirement. But a park at the old airline terminal might not fly in Miami. More than likely, developers would seek the bayfront site for commercial uses – condos, offices, an entertainment and dining center, or a hotel.

Because any deal involving the city’s waterfront must face a public vote, officials might craft a deal – that word again – to get workforce or affordable housing elsewhere in return for a developer’s use of the waterfront for other purposes.

The mayor and commissioners could use an old Miami refrain if they took to voters a deal that in the process created a new city hall. You’re heard it often: “We can’t be a great global city without a great X,” in which X has variously stood for baseball stadium, basketball arena, performing arts center, art museum, university – and now, perhaps, City Hall.

In public deals of the past, promises of land use and amenities often were forgotten. Think of promised soccer fields behind the basketball arena downtown that became a staging area, soccer fields at Miami Marine Stadium that became paved parking, high-end dining and retail around the baseball stadium that became medical offices, the parking garage for the performing arts center that became nothing at all.  In that category we might one day list the promised replacement of the open land at Melreese – or promises for what is now city hall.