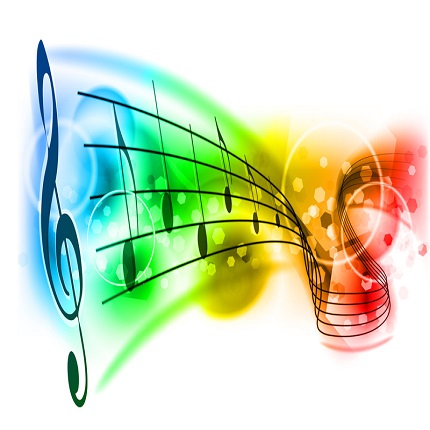 As legend has it, David Crosby was smitten with Joni Mitchell the moment he saw her onstage, in Coconut Grove, in the fall of 1967.

All of 18 years old, Mitchell was a largely unknown art-folk troubadour at the time. She had recently visited London’s fashionable Carnaby Street, and came to the Grove tricked out in false eyelashes and sequined belts. At the Gaslight, she’d play three sets a night, culminating in 1 a.m. concerts—the equivalent of 10 p.m. in sleepier towns. At the time, Crosby was in a career transition. He had been kicked out of the Byrds, and he moved to the Grove, in part, to purchase a sailboat.

As Margaret Gallagher, a music producer and promoter who lived in the Grove for 12 years, and now resides in Delray Beach, remembers it, “Crosby had a huge sailing boat, a 60-foot ketch anchored in the Coconut Grove Marina. He immediately met Bobby [Ingram, another Grove folkie], and Bobby took him to the Gaslight. He said, ‘I want you to meet this girl, Joni Mitchell, she’s really special.’ Crosby was gaga over her, both professionally and as a man. He fell in love with her immediately, and took her to California.”

These days, Crosby reflects on that time with the lucidity of hindsight: “I fell for her, which was like falling into a cement mixer—very turbulent girl,” he told Miami New Times in 2019.

Their relationship might not have lasted, but Coconut Grove’s influence as a petri dish for musical creatives—the sort of bohemian enclave where folkies, jazzbos and rockers would hang, smoke each other out and germinate ideas—persisted for a decade. Tom Rush, Buffy Saint-Marie, Cass Elliot, Neil Young and Jefferson Airplane toured the Grove regularly, while an influential handful of other musicians established residences. So many nascent beatnik bars, coffeehouses and nightclubs opened in the historic neighborhood that it drew comparisons to New York City’s Greenwich Village and the storied Haight-Ashbury district in San Francisco.

“I had always heard about Miami as a place everybody goes to die,” recalls Joe Donato, a jazz saxophonist who moved near the Grove for work in 1970, and now resides in Miami Springs. “But the Grove had this sense of youth and freedom. The architecture, the way they let things grow… it’s like a jungle. That was intriguing to me. Coming from New Jersey, you don’t have this jungle of tropical and subtropical plants.”

Donato remembers driving his artist wife, their dog and a Volkswagen full of paintings the 1,187 miles from Houston, where he was studying music, to the University of Miami, where the musical director invited him to be lead alto saxophonist in the university orchestra. Having arrived with no knowledge of the area,

Donato asked the dean’s secretary for a primer. “She said, ‘one place you don’t want to go is Coconut Grove. It’s filled with hippies, and they’re all hopped up.’ I said, ‘Thank you.’ The next thing—vroom—right to the Grove. The opposite of the Grove would be Moral Gables, where everything was in line, was perfect, was very orderly. The Grove wasn’t.”

Long before it became the neighborhood where folk rockers wintered, Coconut Grove was a uniquely cultural place in South Florida.

“Before the musicians started rolling through, it was an artists’ colony,” Gallagher says. “This was before hippies, even—it was the beatniks, which is always what I aspired to be, to have a beret and Gauloises. It had a vibe about it. It was beyond beautiful.”

Established in 1825 and incorporated in 1919, Coconut Grove is the oldest continuously inhabited neighborhood of Miami. In 1926, a movie house called The Grove opened, and with its Spanish rococo style—and boasting air conditioning before it was a thing—it quickly became one of the most opulent cinemas in the country, attracting A-list talent to its gala premieres.

In the ‘30s and ‘40s, drawn by the affordable rents, artists and writers began to settle in the Grove. Tennessee Williams, Robert Frost and William Jennings Bryan all alighted there. But Coconut Grove’s artistic legitimacy in the modern era is most credited to two institutions: the Coconut Grove Playhouse, which financier George Engle redesigned in the mid-1950s on the site of the old Grove movie theater; and the Coconut Grove Arts Festival, which theatre promoter Charlie Cinnamon and artist Tony Scornavacca hatched as a “little clothesline arts fair,” per the festival’s own verbiage, in 1963, and which has grown to a three-day festival attracting audiences of 120,000 over Presidents’ Day weekend.

The theater, in particular, brought national and international celebrities to the Grove. The grand opening of the Playhouse was attended by the likes of Joan Fontaine, Walter Winchell, Marjory Stoneman Douglas and Arthur Vining Davis. During its 50-year run, Liza Minnelli, Jessica Tandy, Bea Arthur, George C. Scott and countless other stars performed there. It even housed an esteemed venue within a venue, the Widow McCoy’s, a posh supper club where Donato and his band would hold court.

Others played at venues like the Gold Dust Lounge, Drum Beater’s Lounge, Scotty’s, Monty’s and the Taurus—only a few of which still exist, under new ownership and with different vibes.

“By the time I got to the Grove, in 1970, the Gaslight was closed,” Gallagher recalls. “But it was a really healthy, cool music scene then. That’s what I loved about that time: You could hear every kind of music everywhere you went. The genres weren’t so unwilling to mix. We had a lot of good R&B bands that would come through, and a lot of jazz. Me being a girl from Ohio, I thought pretty much I’d died and gone to heaven.”

The Grove’s status as a folkie haven arguably was established when singer-songwriter Vince Martin came to Miami to start a charter boat business, and discovered the hip village while exploring the city’s byways. It was a full moon, and he was hooked by the scent of jasmine in the air. He went on to introduce fellow folksinger Fred Neil to the Grove, and their classic collaborative LP If the Jasmine Don’t Get You… the Bay Breeze Will (1969) was inspired by their time there.

The Lovin’ Spoonful’s John Sebastian, another Grove regular, captured the scene’s laid-back vibe in his own ambling tribute, “Coconut Grove” (1966): “The ocean breeze has cooled my mind/the salty days are hers and mine/just to do what we wanna.” Bobby Ingram would go on to spend decades in the Grove, remaining the area’s steadfast champion until his death last year.

“Bobby Ingram was a gifted raconteur,” Gallagher recalls. “He could mesmerize a group just sitting and talking over a bottle of wine.” Ingram’s 2015 album Postcards from Coconut Grove, which featured backup vocals from his longtime friend Crosby, is the Grove music culture’s definitive document.

Indeed, no Grove resident was as famous as Crosby, who discovered the scene in 1962, when he was still an emerging talent. Coasting all night on Dexedrine, Crosby and his musician friends would play anywhere that offered them a stage, when they weren’t cruising around Biscayne Bay on sailboats—or skinny-dipping in the local waters.

“This was Coconut Grove before anybody but the gay people discovered it,” Crosby wrote in his oral history, Long Time Gone. “We were the prototype hippies before anybody knew there were hippies. On a typical day, we would get up late, goof off, amble or ride our bikes down to the Grove Pharmacy. … It was us on bikes, whizzing through this beautiful jasmine-scented night in love with life, smoking pot, happier than clams.”

Crosby would move to California to seek fame with the Byrds, but after his time with the west coast rockers dissolved, he drifted back to the Grove where, in 1967, he not only met Joni Mitchell but achieved his dream of buying his own sailboat, the Mayan—a beauty made from Honduran mahogany, yellow pine planking and teak decks. Crosby spent time leading up to and including the formation of Crosby, Stills and Nash triangulating between Los Angeles, San Francisco and the Grove, where the Mayan became a party boat for his industry friends. He co-wrote the CSN hit “Wooden Ships” onboard the Mayan, with Paul Kantner and Stephen Stills onboard.

Grace Slick, quoted in Long Time Gone, remembers her time on the Mayan as a groupie bacchanalia, of which she did not participate: “It was a sort of Hollywood Hippie thing, having these long blond-haired lovely young human beings running around, sometimes with no clothes. … It was very pleasant and unreal and you can’t keep that way of life going forever. We were naïve enough to think we could.”

Coconut Grove did not remain a counter-cultural utopia. You might say the March 1969 incident, when a plastered Jim Morrison exposed himself at the now-infamous, sweaty, oversold Doors concert at the Grove’s Dinner Key Auditorium—which would later lead to misdemeanor convictions for indecent exposure and “open profanity”—was the beginning of the end.

As the hippie-rejecting disco of the ‘70s transitioned into the booming capitalism of the ‘80s, the coffeehouses started to disappear, and the mom-and-pop shops became high-rises.

In 1988, Crosby wrote, “It’s all commercial now: T-shirt shops and boutiques and bars.” On a visit to the Grove late last year, I heard one long-timer bemoan, “there’s no place to get a drink that’s affordable.”

Donato, still a vigorous player at 76, finds work for his jazz quintet or sextet around Miami—though less often in the Grove.

“I think it’s something that happens in many places,” Donato says. “It’s not gentrification—I think it’s corporation. There never was anything higher than a one-story building in the Grove … and then there’s a backroom deal. Why? Because somebody is profiting against what the tradition is. They can call it progress, and I guess that’s what it is. But I go there now, and I don’t even know where I am.”

Bobby Ingram was one of the few Grovers who lived through all of its transformations. He liked to say he came to Miami “literally by accident,” in 1952: He came here to convalesce after he was struck by a car in his native New York. After he died last September, approximately 600 people turned out for a memorial at the Grove’s Plymouth Congregational Church. Donato performed at the tribute, and for a day, at least, the old Grove scene resurfaced. Wherever Ingram is now, it probably feels a lot like Coconut Grove.

As Donato once shared to an interviewer with HistoryMiami Museum, “I know a couple of things. I know I’m not going to hell. And I also think that I’ve already been to heaven, here in South Florida.”