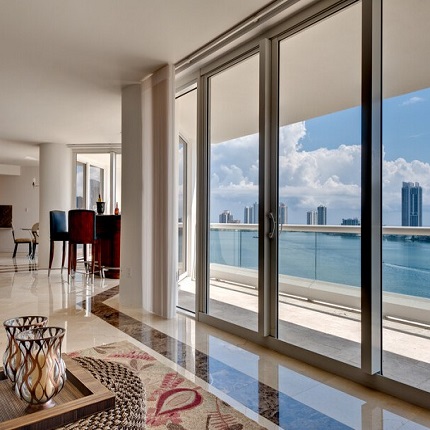 Mr. Colombo, 58, began investing in Downtown Brickell—now a bustling urban center—in the 1990s, starting with the Bristol Tower and later the Santa Maria Tower. Since then, the area of Downtown Miami has seen more than 150 towers, which are home to more than 92,000 residents. The neighborhood’s population has more than doubled since 2000 and grown by 40% since 2010, according to 2018 demographics from the Miami Downtown Development Authority. 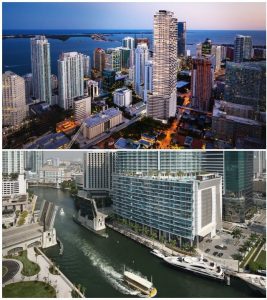 Vertical construction just finished for the 64-floor Brickell Flatiron, and it is 87% sold. The most expensive home to sell so far was a $13.2 million three-story penthouse that sold last October to Chicago marine industry executive Jake Vogel. It was the highest price paid for a condo in Miami’s Brickell district since 2007, according to a representative.

Mansion Global caught up with Mr. Colombo, who also owns an expanding car dealership, to discuss the growth of cities’ “urban cores,” why single-family homes are hard to maintain, and more.

Ugo Colombo: I have a home that is the dream house—the original Carl Fisher estate, built in the 1920s. Fisher was the founder of Miami Beach, and he had his pick of anywhere to build a home. It’s on the water, in a perfect position. And it’s perfect at sunset. I came from a top-floor apartment. But the house, as nice as it is, is a lot of maintenance. When my three kids go to college I’d like to go back to an apartment. I had an apartment that was a whole floor with three-story ceilings. Pharrell Williams bought it.

Mansion Global: What does luxury mean to you?

Ugo Colombo: Luxury is subjective. It’s what gives you comfort, and it’s not the same for everybody. I don’t know that I can define it, I just know it’s subjective.

Mansion Global: What area do you think is the next hub for luxury properties?

Ugo Colombo: Obviously New York, L.A. and Miami are the three main hubs in the U.S. You have up-and-coming cities like Nashville and Austin. But if you want to define luxury as more expensive—which is not the way I would describe it—those three are the main hubs that attract the wealthiest people.

Miami is growing the most because of the tax advantages. I have a lot of friends coming from New York and Los Angeles to Miami. People are also saying it makes sense to move business to places like Dallas, but they prefer to move to Miami. They enjoy the lifestyle and the infrastructure. I heard from someone yesterday that 900 New Yorkers a week are moving to Florida.

Ugo Colombo: The luxury market was overbuilt in Miami, and we’ve gotten to an absorption level where it’s turning around. New York, too. They just built too many expensive homes. So there are not a lot of new properties in the pipeline. But it’ll cause good recovery for existing inventory.

Mansion Global: Where are the best luxury homes in the world and why?

Ugo Colombo: Obviously you have some fantastic homes in the South of France and in Italy. But the maintenance is hard on those, and it’s tricky to get all the personnel you need. In terms of single-family homes, some of the best are in Miami and Los Angeles.

Mansion Global: What’s your favorite part of your home?

Ugo Colombo: The view and the closeness to the water. It has a lot of outdoor space, which is usable 365 days a year. There’s a swimming pool we can use every day. And we can go paddleboarding and jet skiing, too.

Mansion Global: What best describes the theme to your home and why?

Ugo Colombo: It’sbuilt in colonial style, with columns outside. Inside, I knew I wanted to preserve those elements. I had an Italian architect come in. The materials are simple—modern, but simple. I tried to use simple materials to not fight with what was there.

Mansion Global: What’s the most valuable amenity to have in a home right now?

Ugo Colombo: Services. The amount of personnel I have in my home is ridiculous. To have a concierge, and maintenance of the pool and the air conditioning and the roof, is great. There’s a commonality, but it’s a simpler life overall.

Ugo Colombo: Location is key to a successful project. Can you “create” a successful location? Yes, it’s possible, but I wouldn’t take those risks.

Mansion Global: What’s going on in the news that will have the biggest impact on the luxury real estate market?

Ugo Colombo: These opportunity zones. There are a lot of them in Miami. There’s a lot of talk, and a bit of confusion. The rules are not completely clear. When it settles, it’ll spur a lot of development.

Mansion Global: What is the best area now for investing in luxury properties?

Mansion Global: If you had a choice of living in a new development or a prime resale property, which would you choose and why?

Ugo Colombo: When I was looking for a single-family home,I couldn’t find the modern architecture I was comfortable with. When I saw the house I bought, it was the first house built in Miami Beach, and it had this history. As far as a multi-family, a new building is better. It has new technologies, better systems, more energy efficiency, et cetera.

Mansion Global: What area currently has the best resale value?

Ugo Colombo: Beachfront/waterfront has the best resale value, and it’s seen the biggest spike in prices. It’s recovering nicely. But the downtown market has been pretty stable overall.