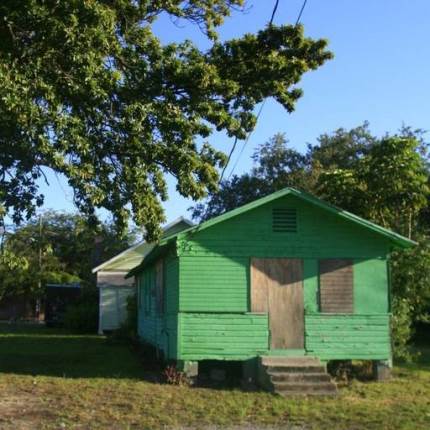 Amid fears that gentrification and real estate speculation are poised to write over one of Miami’s earliest chapters, government officials will launch a study of whether to protect West Coconut Grove as a historic district.

Miami Commissioners voted unanimously Thursday to study whether the historically Bahamian, 65-block section of Coconut Grove qualifies for protection as a neighborhood notable for its history and architecture. Bayside, Riverview and Morningside are among the city’s other designated neighborhoods.

On the surface, the West Grove, which revolves around Grand Avenue, would seem an obvious fit: Bahamian natives put down roots in the neighborhood in the 1800s, many to take jobs at the old Peacock Inn, Florida’s first mainland hotel. The community remains a strong, though small, reminder of the city’s earliest days.

“It should have happened a long time ago. It is one of the most historic neighborhoods in the city,” Ken Russell, the city commissioner who represents the community and proposed the study, said in an interview.

Russell said he brought the proposal this summer in part because of a rash of recent development and real estate speculation. He believes the neighborhood’s shotgun houses and wood-frame homes, of which he said fewer than 20 remain, are worth saving. There’s been talk that too much of the neighborhood, pocked by empty lots where homes have been razed, has been demolished to still be declared a historic district.

The proposal comes as activists in Coconut Grove have pushed against new development in residential communities that has cut back the community’s verdant tree canopy and displaced some long-time residents. Russell has also pushed the city’s administration to study whether the largely poor and black West Grove could justifiably become a community redevelopment area, in which property taxes generated by the neighborhood would be specifically reinvested within its boundaries.

Freddie Young, an activist and former West Grove resident who called herself “a victim of eminent domain,” expressed her support for the historic designation of the neighborhood.

“We’re sincerely appreciative of the fact that you are going to do this,” she said. “Thank you.”

But the neighborhood isn’t sold on the premise that historic designation is the solution.

J.S. Rashid, president of the Coconut Grove Village West Homeowners and Tenants Association, said while he appreciates the proposal, he still has concerns.

“I need questions answered,” he told commissioners. “It’s the details. How will it impact architectural vernacular? What are the line items that come with this historical designation?”

Linda Williams, who lives on historic Charles Avenue, shared her concerns that the historic designation will have a negative impact on residents, especially the older ones, by requiring pricey upgrades to homes suddenly under the supervision of the city’s Historic Environmental Preservation Board.

“It’s a good thing to think that this community is worthy. Historically, we are,” she said. “I’m concerned about our elders, including myself, and how this designation will impact me and others like me. Putting the cart before the horse is dangerous.”

The vote Thursday starts the process that official said will include community discussion, looking at street names and making sure all plans align with the values and character of West Grove. Russell said plans will be made after the community has its say.

“You all will be at the table,” he said.