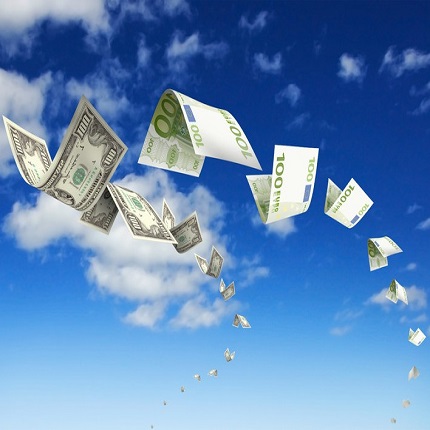 Florida has always been an affordable sanctuary for retirees, but a new report documents that the Sunshine State is the nation’s top destination for growing migration of wealthy tax refugees and businesses.

A State Migration Study by Lending Tree, the nation’s largest “online lending marketplace,” documents that Florida’s relatively low property taxes and lack of an income tax is a primary reason why the state is projected to add 330,000 people a year and top 30 million in population by 2030.

“Florida tops the list for the most successful state at drawing in new residents and reaping the financial benefits – and it is not even close,” Lending Tree states.

According to the study, Florida has evolved not only into the overwhelming choice for relocation among the nation’s domestic migrants, but for relocated wealth.

The Lending Tree study cites 2016 IRS data that “shows people who moved to Florida brought in a combined adjusted gross income (AGI) of about $30.2 billion to the state. Meanwhile, people who left took roughly $12.5 billion in income with them, leaving Florida to enjoy a net influx of about $17.7 billion in AGI.”

The Lending Tree study also documents that private equity firms, wealth management firms and hedge fund managers are moving to Florida. According to the Palm Beach Chamber of Commerce, 70 financial service companies have relocated there in the last three years.

The wealth migration into Florida has been accelerated by the Tax Cuts & Job Acts (TCJA) of 2017, Florida TaxWatch explains in an Aug. 22 blog.

The $10,000 cap on the state and local taxes (SALT) included in the TCJA “hurts taxpayers in high state income and property tax states,” says the nonpartisan nonprofit taxpayer research institute based in Tallahassee.

Florida TaxWatch cites a Fox Business report on data provided by the Tax, Trusts & Estates Department of Cole Schotz, a Baton Raton-based law firm, that calculates an individual earning $650,000 in income could save $69,719 per year by moving from New York to Florida.

According to Lending Tree, New York saw the largest decrease in AGI from migration with $20.3 billion in income leaving, $11.5 billion coming in, for a net loss of about of $8.8 billion in wealth.

The exodus from New York to lower-taxed states prompted New York Gov. Andrew Cuomo to partially blame Florida for his state’s $2.3 billion budget deficit, famously quipping in a half-joke in February that Florida was “stealing” wealthy residents away from his state. Which prompted Gov. Ron DeSantis to famously reply in a half-joke: “I’m not stealing anybody – you are driving people away.”