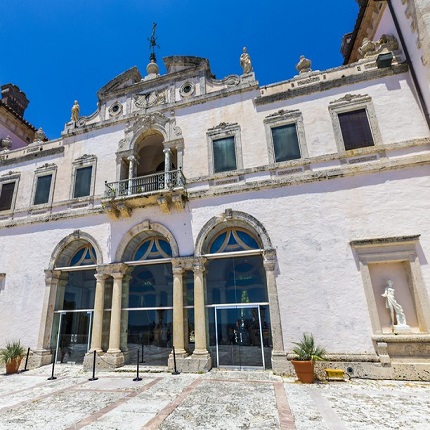 After an examination of accessibility issues at Vizcaya Museum and Gardens, Miami-Dade has identified four projects as top-priority.

The next step, said Vizcaya Executive Director Joel Hoffman, is determining how best to realize those improvements while retaining elements that helped earn the site a National Historic Landmark designation.

“We need to get an architecture and engineering firm to define what each project component looks like and then work from there to get cost estimates,” he said. “This is all happening very quickly, which is great. I hope to get moving soon and get an item [to county commissioners] in the next couple months, but we do need to go through the correct process.”

Commissioners Aug. 31 directed the county administration to assess accessibility at Vizcaya for people with disabilities. They were then to meet with museum staff to determine what “necessary and desirable” upgrades should occur.

The directive, sponsored by Joe Martinez, came after staff from Mr. Martinez’s office took residents from an elderly housing community on a sightseeing trip at the estate, the former winter residence of James Deering.

Once they arrived, some found it difficult to traverse the property. Floors were uneven in some places. Indoor and outdoor areas were wholly inaccessible by people with wheelchairs, including the entire second story of the building.

That was unacceptable, Mr. Martinez told Miami Today at the time.

“If they’re going to charge you to be able to see the grounds and everything else, there should be accessibility to it,” he said. “I know they may come with this BS story of it being historic and them not being able to change it – I got that – but there are [Americans with Disabilities Act (ADA)] rules, and it’s a county building.”

Vizcaya has completed many prior projects to enhance accessibility, including improved access to the central gardens, café and shops, restrooms, main house and terraces. Miami-Dade and Vizcaya staff are also now working to ensure that the first phase of renovations at Vizcaya Village – estate property formerly leased to the Miami Science Museum on the opposite side of South Miami Avenue – comports with ADA standards.

The bad news, according to the accessibility report from Mayor Daniella Levine Cava’s office, is that visitors who use wheelchairs or are unable to climb stairs still won’t be able to access the second floor to see the estate’s bedrooms.

“The two existing elevator shafts are too small to accommodate ADA-compliant elevators, and the reconstruction of these shafts, if possible, would be very destructive to the historic building,” the report said, noting that Vizcaya provides a virtual tour of the second floor on its website.

The free digital walkthrough provides 360-degree views of each room, complete with ambient sound, music and written details about each area.

Still, Mr. Hoffman said previously, “no one is going to suggest a virtual access tour is the same as visiting the second floor.”

The good news, on the other hand, is that the estate will see improvements including:

The second-story inaccessibility issue notwithstanding, Mr. Martinez said upon accepting the report Feb. 2 that he was satisfied with the report and with plans to improve the property.

“When covid is over, because it will be over, I look forward to taking the seniors back there again to fully enjoy it,” he said. “Hopefully, by that time, the access to the second floor will be done. But if not, at least everything else will.”