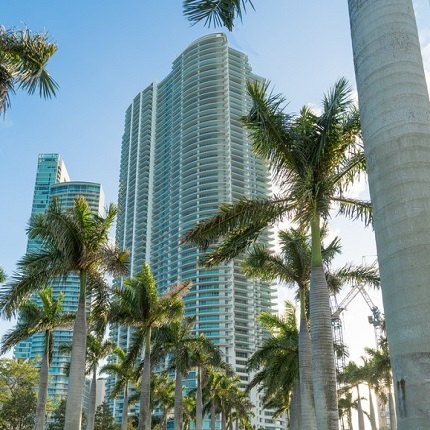 The Miami luxury condo market remains in a rut due in part to sellers overpricing properties, according to top residential real estate brokers.

“If you look at the market today, even though there has been an increase in prices, there is also an increase in days on the market,” said Oren Alexander, co-founder of Douglas Elliman’s The Alexander Team. “That has a lot to do with bad prices. We have to make sure sellers really understand where pricing is.”

Alexander noted Douglas Elliman just released its Q3 2019 report that shows the time on the market for luxury condos in Miami Beach and neighboring barrier islands increased by 50 days to 224 days compared to the same period last year. In the Miami coastal mainland, listing time increased from 157 days in Q3 2018 to 161 days this period.

“It shouldn’t have been listed at that high price in the first place…you wonder what were they thinking? What were they smoking?” Gutman said he thinks whenever he sees a media headline about a luxury condo selling for a 30 percent discount. His advice to brokers who are approached by sellers with unrealistic expectations: “Don’t take overpriced listings. You are going to waste a lot of marketing dollars.”

Shuffield said Miami-Dade County has more than 25 months supply of condos priced at $1 million and higher that are selling at an average of 20 percent below the asking price.

“I am hearing prices are generally too high,” Shuffield said. “When you have 25 months of supply, you have to adjust prices.”

Alexander said domestic buyers from New York and other metropolitan cities around the U.S. who are supplanting international buyers in the luxury condo market are more studious about properties they want to purchase.

“Five to 10 years ago the buyer profile was foreigners coming from countries that didn’t know what good design and what a high quality condominium looks like,” Alexander said. “You would get a Brazilian or a Russian who didn’t know any better. Today, buyers coming from New York and other parts of the country are very sophisticated.”

He said there are few condominium projects that appeal to high-net worth individuals. Alexander cited Eighty Seven Park, the ultra-luxury condo project in Miami Beach being developed by Terra and designed by Italian starchitect Renzo Piano.

“Eighty Seven Park got launched at the worst time in the market,” Alexander said. “Now it is almost 100 percent sold out. That speaks to the actual product. In today’s buyer’s market, condo consumers can be more discerning and selective. There are plenty of buyers. There’s just not a lot of product that speaks to them.”