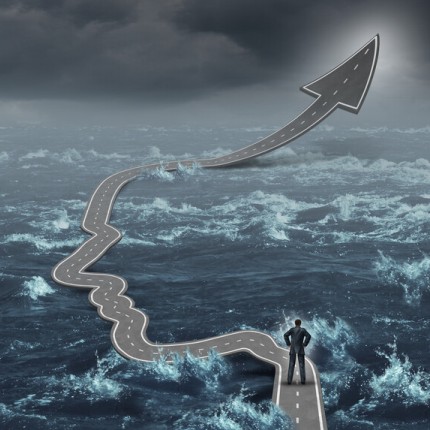 Unless Miami acts fast, its days above water are numbered.

The South Florida city recently released the Stormwater Master Plan, a comprehensive guide that outlines how the city can combat the encroaching effects of climate change and rising sea levels.

The report uses extensive mapping data from the Federal Emergency Management Agency (FEMA) to propose a series of storm-proofing solutions within the next five to seven decades, including major upgrades to the city’s water management systems.

Here’s what you need to know about the report.

– When work on the report started two years ago, planners were researching how to keep Miami dry for the next 50 years—a projection that meant accounting for the 18 to 30 inches of sea level rise expected by 2070. These projections have swiftly increased and now South Florida is expected to reach that level of sea rise by 2060, which aligns with research from the National Oceanic and Atmospheric Administration that climate change is only making hurricanes more powerful.

– City planners estimate that fortifying Miami to the 10-year storm standard—a situation in which a storm produces 11 inches of rain in three days—would cost $5.1 billion. A five-year storm standard demands $3.8 billion, which Miami chief resilience officer Alan Dodd describes as “a significant improvement to what we have now,” especially for flood-prone neighborhoods along the Miami River and in the city’s northeast and far western reaches.

– To reach the feasible five-year standard, the city would need to implement 93 massive stormwater pumps (compared to the 13 currently in use), expand drainage pipes from three to eight feet wide, and install thousands of injection walls to shoot excess water deep below the city. That water will likely carry pollutants toxic to marine life in the already-polluted Biscayne Bay, meaning Miami will need to create more parks, giant water filters near heavy industrial areas, and small “bioswales” in residential neighborhoods. The latter involves swapping out grassy swales in front of homes often used for parking with landscaping designed to absorb and clean a few inches of water.

– The report also outlines a few imaginative long-term solutions to stave off rising sea levels, but many of these alternatives—elevated road networks, homes built off the ground plane, and roads converted into canals—feel more like sci-fi than science. That being said, the fact that planners are considering these solutions in the first place reflects both the urgency of the situation at hand and the innovative ideas necessary to overcome it.

Though there are clearly no easy fixes to keep Miami above water, this report sheds light on the urgent work needed across the board as an unrelenting climate crisis tightens its grip on the Sunshine State. The fatal collapse of the Champlain Towers South in nearby Surfside will also uncover new insights about how rising seas threaten coastal properties, though many questions about that tragedy will likely remain unanswered for the next several years.