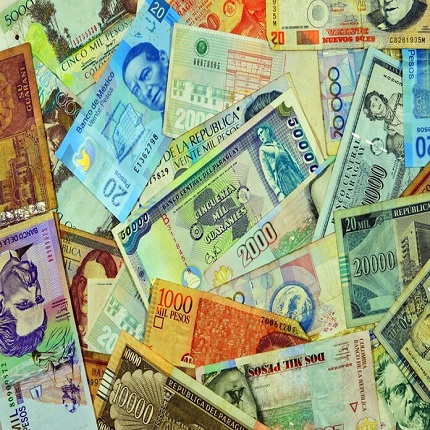 An old joke says the mayor of Miami should build a monument to Fidel Castro, Hugo Chavez and other Latin American dictators, whose disastrous policies triggered a stampede of capital flight to this city.

Well, that old joke is resurfacing, with an expanded cast of characters. This time, Mexico’s populist President Andres Manuel Lopez Obrador, Peru’s leftist President Pedro Castillo and Colombia’s leftist front-runner for the 2022 elections, Gustavo Petro — among others — are the Latin American politicians who are triggering a stampede of capital outflow.

According to Miami real estate and banking executives, Mexico, Peru, Colombia and Chile now are the leading sources of foreign money coming into the city, surpassing traditional sources of foreign capital, such as Venezuela, Argentina and Brazil.

“We have seen an uptick in sales to Latin Americans in the second half of 2021,” said Craig S. Studnicky, CEO of RelatedISG, a major real-estate firm. “The top sources are Mexico, Colombia and Peru.”

The latest influx of Latin American money to Miami is mostly because of political and economic instability in the region. In Mexico, business people are increasingly anxious about Lopez Obrador’s disregard for the rule of law. He has repeatedly criticized independent institutions, such as the country’s electoral agency. Many fear that he could interfere in the Central Bank and other key institutions, or that he may start nationalizing industries once his government runs out of money to pay for his populist programs.

“Mexico has been a consistent buyer of Miami residential real estate in the last 18 months,” said Studnicky. “The buying motive from Mexico is both flight capital and the pure joy of owning a home in Miami.”

In Chile, which according to the U.N.’s Human Development Index is Latin America’s most developed country, investors have been sending growing amounts of money abroad since the violent social protests of 2019. This year, capital outflows reached new highs, as many wealthy Chileans fear that leftist candidate Gabriel Boric, supported by Chile’s Communist Party, might win the Dec. 19 elections.

In Colombia, many business people are buying apartments or opening bank accounts in Miami to protect themselves against possible anti-business policies if leftist candidate Gustavo Petro wins the 2022 elections. In Peru, capital flight soared since the election of leftist President Pedro Castillo.

According to the Institute of International Finance (IIF), a group of more than 500 banking institutions, Latin Americans have moved $128 billion out of their countries in 2021, a record in recent years. Comparatively, the region had a net capital outflow of $80 billion in 2015.

“The outflow of capital from the region this year has far exceeded that from Asia, Africa and other parts of the emerging world,” said Martin Castellano, head of the IIF’s Latin American research department. “The main reasons were political instability in a busy electoral year, and expectations that Latin America’s economic growth will be very low, if not nil, in 2022. But the common denominator across the region is the lack of trust in economic and political institutions.”

That’s true, and it’s getting worse. Amazingly, instead of attracting investments from a global economy that is awash in cash, most Latin American politicians continue to scare away investors. These populists call for unrealistic social programs that force their countries to print more money, generate inflation and increase poverty rates. It’s a movie that we’ve seen many times before, and that always ends up badly.

Just look at Venezuela, the country with the world’s biggest oil reserves, which since Hugo Chavez’s 1999 “revolution” has become one of Latin America’s poorest countries. Contrary to what Latin America’s populists say, today’s critical issue is not whether their countries should be leftist or rightist, it’s whether they should attract investors or scare them away.

China and Vietnam are Communist Party-ruled countries, but much like business-friendly Taiwan or Singapore, they have attracted investments, have grown and reduced poverty much more than Latin American nations.