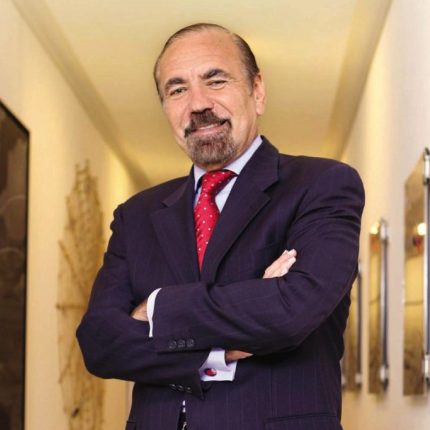 The Related Group plans to move its headquarters to Coconut Grove once it completes construction on an office building in partnership with Terra.

The Miami-based company led by billionaire Jorge Pérez is South Florida’s largest condo developer and also build apartments, affordable housing, and mixed-use projects. It’s currently based in the office component of the mixed-use building at 315 S. Biscayne Blvd. in downtown Miami. It also has employees in the office building at 444 Brickell Ave., which the Related Group plans to eventually redevelop.

Related Group VP Nick Pérez said the company has been growing rapidly and decided to consolidate its corporate offices into a single space. Coconut Grove was an ideal location, he said. It will have about 150 people in the new building.

“There is a renaissance happening where everyone is discovering the Grove,” Pérez said. “It’s a unique and culturally rich area.”

As reported by the Business Journal in 2017, the Related Group and Terra rezoned the one-acre site at 2850 Tigertail Ave. to allow an 8-story office building. That land was left over from the two developers building the Park Grove condos on a neighboring site.

The asking rate for the office space is around $50 per square foot, Pérez said. Its leasing brokers are Brian Gale, Ryan Holtzman and Andrew Trench with Cushman & Wakefield.

Site work on the project is ongoing, Pérez said. It should be completed in December 2020.

He said the building will have museum-quality art throughout the lobby and public spaces that will change periodically. There will be electric vehicle charging stations and bike racks as the building aims for LEED Gold certification for green features. It will have views of Biscayne Bay to the south, he added.

Arquitectonica is the architect of the building while MKDA is the interior designer.

Amanda Hertzler, executive managing director and director of design at MKDA in Miami, said the interior design will be a modern take on historic Coconut Grove. The lobby will have coffered ceilings. There will be textured limestone resembling Coral Rock in the elevator lobby. Each floor will have open terraces, and most of them will have trees planted. There will be a central atrium for the top two floors, she added.

“Developers recognize that exterior space is part of the amenities for an office building,” Hertzler said.

This comes at a time when a handful of office buildings are under development in Coconut Grove, including the Mary Street office by Terra and a new office at CocoWalk.

As for the Related Group’s office office space on Biscayne Boulevard, Pérez said it will be for sale or lease.