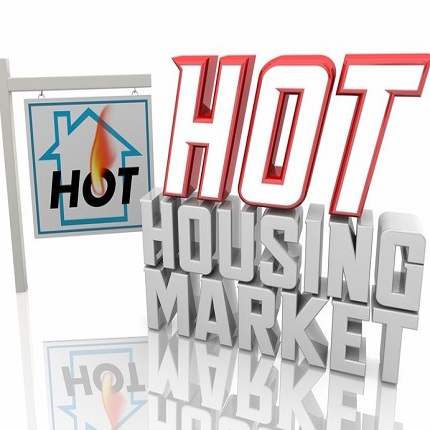 Since August, homebuyers have been in a frenzy over South Florida residential real estate, and there’s no sign of slowing, according to the latest report on signed contracts from real estate brokerage Douglas Elliman.

Broward County condos were the most sought, with the number of new signed contracts jumping by a whopping 85.9% between October 2019 and October 2020. To create the report, author Jonathan Miller, president of New York’s Miller Samuel, reviewed contracts on condos and houses at all prices listed on the Multiple Listing Service.

“Domestic buyers are coming from Boston, California, New York, while international buyers are trickling in from Canada and Mexico,” said Jay Phillip Parker, CEO of Douglas Elliman Florida Brokerage. “Both domestic and international buyers are looking for primary residences and buying in all neighborhoods, prioritizing price and product over specific areas. Historically, we were a market driven by trends — condo boom, low deposits, second- and third-home buyers. Today, many more are primary purchases. We’ve seen very few global purchases because of travel restrictions. I expect our market is going to continue its surge because of foreign investment.”

The continued surge in sales caused the median South Florida home price to hit a historic high in September — $425,000 for a single-family home.

“The September sales numbers are high. We thought it was a bit of a surge and pent-up demand, but it’s still going,” said Realtor Mike Pappas, president and CEO of the Keyes Company. “It’s encouraging to see the continued strength. Usually September and October are slower months, but not this time around.”

Condos saw a leap in year-over-year activity, with sales increasing 85.9%, from 509 closings to 946 closings. The majority of buyers purchased units priced over $1 million, while properties listed between $200,000 to $299,999 saw the fewest buyers.