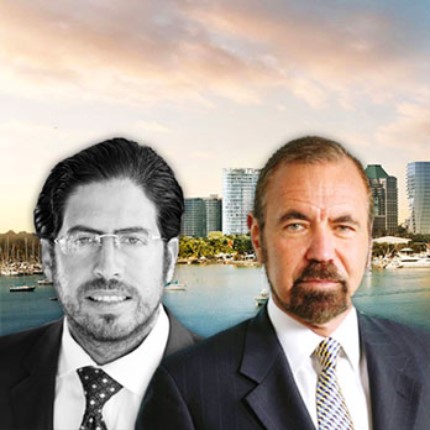 Terra and the Related Group want to add a new office development to their plans for Coconut Grove.

The two Miami developers, which are in the midst of building Park Grove, are seeking rezoning of the properties at 2850 Tigertail Avenue and 2765 South Bayshore Drive from T5-O and T6-12-O to T6-8-O, according to documents filed with the city of Miami.

The joint venture will go before the Miami City Commission on Thursday to upzone one property and downzone the other, which would allow Terra and Related to build an eight-story office building with ground-floor retail space and parking.

The city’s department of planning recommended rejecting the proposal, but the planning, zoning and appeals board recommended approval at a meeting on Oct. 4.

In a statement, the developers called the current zoning inconsistent and said the zoning changes “will allow the property to be developed uniformly and in accordance with the principles of Miami 21.”

The properties are on the same block as Park Grove, a luxury condo development with three 20-story towers and 296 units. If approved, it would bring another mid-rise office building to Coconut Grove, which has seen limited office development up until recently.