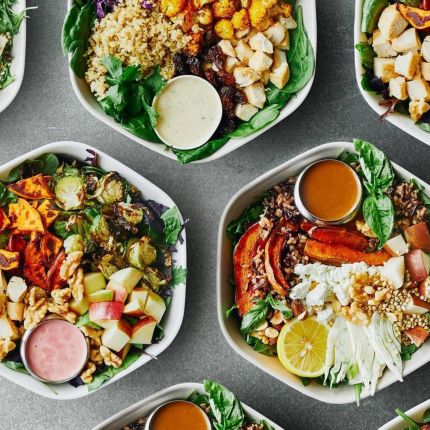 Cocowalk is getting a serious culinary upgrade next year.

The area, which has been under development for the past few years by Federal Realty Investment Trust, had become known as a hub for mediocre chain restaurants in the 90s and early aughts. While local eateries have popped up around it, the actual mall gave the chains a boot and will debut a slew of new spots come 2020.

First up is Miami’s first-ever Sweetgreen location, the popular build-your-own salad restaurant that has a cult-like following in other major cities. Another popular nationwide eatery, Salt & Straw, will also setup in Cocowalk sometime next year serving its beloved inventive ice cream flavors.

Two new bars and eateries are also set to debut in the area next year. Botanico Gin & Cookhouse will be an American leaning eatery led by chef Gerardo B. De Negri with a bar focused on, no surprise here, gin. Los Generales Mezcal & Grill will focus on Mexican cuisine by chef and TV personality Aquiles Chavez, and feature indoor and outdoor dining and plenty of mezcal cocktails.

All these restaurants plus a bevy of new retail outposts are set to debut in 2020. Stay tuned for more opening information.