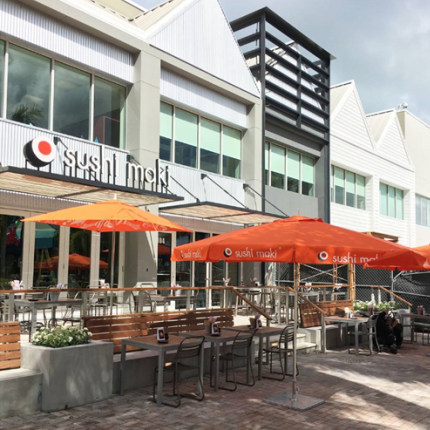 The restaurant group, led by founder and CEO Abe Ng, made a six-figure investment in the 3,200-square-foot space, which includes outdoor seating. It offers WiFi, charging stations at every table, and free parking for two hours.

The restaurant is next to Monty’s Raw Bar, at 2550 South Bayshore Drive. A number of restaurants have opened recently in Coconut Grove, including Atchana’s Homegrown Thai on Commodore Plaza and Grand Avenue, Harry’s Pizzeria, Glass and Vine, and Ariete on Main Highway.

Ng’s parents own and operate Canton Chinese, a chain of Chinese restaurants in Miami.