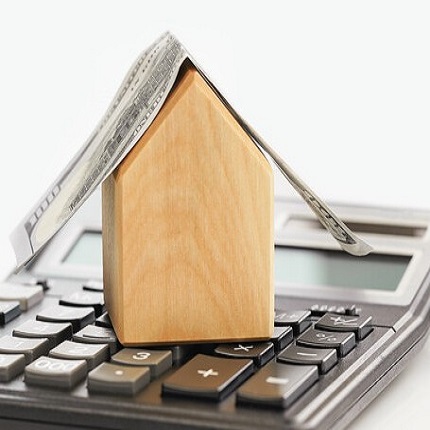 The housing market in South Florida is experiencing some mixed signals.

Housing prices continued to climb last month, reaching levels not seen in almost 15 years. But rising interest rates, which hit 5.37% last week, so far don’t seem to have cooled the market ahtough there’s also been a slight bump in sellers dropping their prices.

Below, highlights on where the South Florida housing market stands in terms of rents, housing prices, inventory levels and interest rates.

Housing prices in South Florida reached their highest level since the housing market took off two years ago, despite rising interest rates.

“This is not surprising given that mortgage rates have only risen in the last month or two, so I believe we will see an adjustment in home prices based on these higher interest rates in the near future. Whether they level off or come down has yet to be seen,” said Brian Pearl, principal agent with the Pearl Antonacci Group in Boca Raton.

Low inventory in housing, coupled with a steady influx of out-of-state newcomers and heavy demand throughout the market, has caused South Florida’s rental demand to soar. Overall rents for South Florida increased by 57% when compared to last year, the highest increase seen among the fifty largest metropolitan areas, according to data from realtor.com.

“South Florida has benefited from broader interest in relocation. While affordability is eroding as rents rise, Florida’s lack of income tax continues to make it an attractive target for households looking to relocate, particularly from higher-tax areas,” Danielle Hale, chief economist at realtor.com said previously.

Mortgage Rates And The Housing Market

Mortgage rates are on the rise, hitting about 5.37%. It’s a stark increase from the pandemic lows of around 2.75%.

“Increasing interest rates are starting to price out many home buyers from qualifying for loans due to debt-to-income ratios being affected by the rising mortgage rates, “said Pearl.

Lenders say they have begun to see demand soften when it comes to mortgages as rates rise. Whether it’s a long-term slowdown remains to be seen, they cautioned.

“Here’s the problem: We’ve been in such a low-rate environment that we forgot historically rates were much higher,” J.C de Ona, south east division president of Centennial Bank said previously. “The initial shock of this movement of rates is going to have a short-term impact. People will start to normalize rates as time goes on.”

There is still interest in buying, despite rising rates, said Patty Da Silva, broker with Green Realty Properties in Cooper City. Some buyers don’t have as much limitations on their budges, so the rising interest rates don’t really affect them. Others are still eager to get a home, so they will instead lower their purchasing price, sacrifice in other parts of their budge or adjust their homes needs.

“They might give up Starbucks. They might pay off their car so they no longer have a car payment,” Da Silva added. “There is a fear of missing out and also rental prices are so insane right now.”

Is New Inventory Coming Back To The Market?

Inventory levels still remain low in South Florida, with each county seeing a little over one month’s worth of supply of single-family homes on the market. A more balanced market should have about 6 months supply.

However, real estate agents report that recently, they’ve seen an uptick in new inventory heading back to the market, in part due to sellers wanting to partake in the hot market.

“I do expect our marketplace to see an uptick in additional inventory across Palm Beach County, as I have had a notable number of sellers calling me to list their luxury homes this past week — more than in the past 30 days,” said Bonnie Heatzig, executive director of luxury sales at Douglas Elliman in Boca Raton. “I believe these record high sale prices are bringing out sellers that have been on the fence, but the additional inventory at this early stage is no match for the strong demand.”

Other agents said that the small influx of new inventory could also be correlated to the seasonality of the South Florida housing market. As we enter the spring buying season and school starts to let out, many families begin to list their homes, as to avoid moving or selling during the school year, explained DaSilva.

Are Price Reductions On The Rise?

Sellers reducing the price of their homes in South Florida were at 13% in Palm Beach County, 11% in Broward County and about 9% in Miami-Dade County in March, representing a small increase from the month before, according to data from RedFin.

“It could be a sign that some sellers are being overzealous in how they initially price their properties in today’s housing market,” said DaSilva. “I don’t think the market has slowed down per se. I think some sellers have entered the market a little too aggressively. If it’s priced right, and it’s a good product in a good location, you should have multiple bids on it.”

Some industry insiders, however, believe that it could be the signs of the market starting to level off.