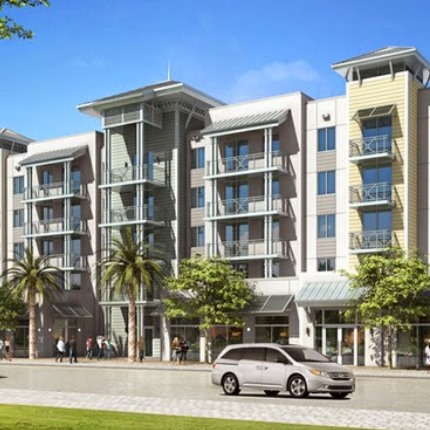 Pinnacle Housing Group opened Gibson Plaza, a senior housing and market-rate complex on Grand Avenue. The 56-unit project was partially funded by a county bond. Six of the units are market-rate.

“Most of our high-rises in our portfolio are built using low-income tax credits,” he said.

“More than half of the people in Miami-Dade and Broward counties in a certain workforce level are paying 40 percent of their gross income for shelter,” he said. “That’s not sustainable.”