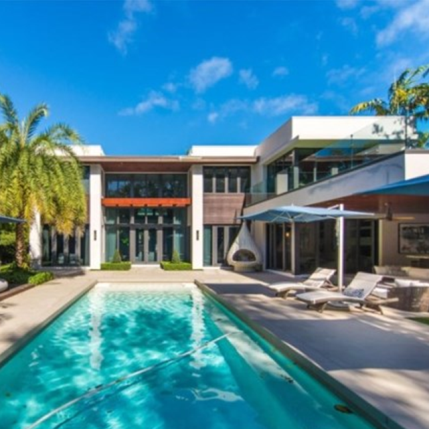 The “New King of Reggaeton” has a new castle.

Juan Carlos Ozuna, known by his last name, closed on the house located at 3812 Park Avenue in Miami’s Coconut Grove for nearly $5.5 million, under Nibiru International LLC. Ozuna controls the company, which is named after his 2019 album, “Nibiru.”

Property records show the seller is former NFL linebacker Jon Beason, who played college football for the University of Miami, and professionally for the Carolina Panthers and New York Giants.

The Puerto Rican reggaeton and Latin trap singer, who has collaborated with Daddy Yankee, Anuel AA, Cardi B and others, is one of the best selling Latin artists of all time, according to El País.

Beason paid $4.1 million for the house in 2016. He bought it from Jorge Gonzalez, vice chairman and CEO of City National Bank of Florida. It was built in 2013. Alatriste brokered the deal in 2016, as well.