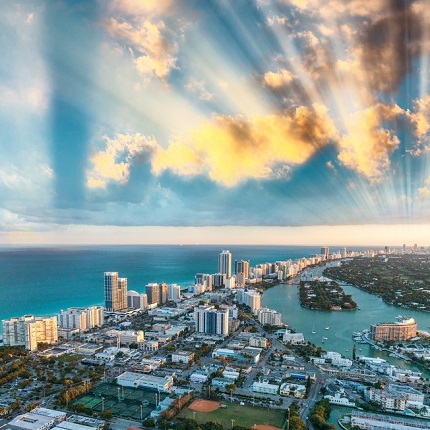 Based on new housing data by Zillow, Latin homeownership gains in recent years have far exceeded those of other groups. About 18% of the U.S. population identifies as Latin, yet they have accounted for more than 60% of new U.S. homeowner gains over the past decade. That growth has brought the Latin homeownership rate to 48.9%, the highest level since 2008.

This growth is even more striking when considered in the context of the housing bust during the Great Recession, when Latin households took a disproportionately large blow. Less than 10% of all U.S. homes are in largely Latin communities, yet 19.4% of all homes foreclosed upon between 2007 and 2015 were in these neighborhoods. After gains in the 1990s and early 2000s, this contributed to the Latin homeownership rate falling to 44.1% in 2015 — the lowest since 1998.

“While Latin households have made recent gains in ownership, longstanding inequities in intergenerational wealth and other systemic barriers continue to impede Latin Americans from reaching parity with the U.S. population as a whole,” says Manny Garcia, population scientist at Zillow. “Latin home buyers are more likely to face challenges during the process, with financing the purchase often reported as a primary concern. Even within the Latin community, wealth inequality could help explain the varying homeownership rates of people of different origins.”

Those who more recently moved to the U.S. are less likely to own a home — perhaps explaining why the homeownership rate among first-generation Latin Americans (46%) is lower than among other generations (50%) — as are those coming from less wealthy backgrounds. Latin Americans of Spanish descent have the highest homeownership rate at 63%, while households headed by someone of Dominican descent have the lowest at 29%.

Latin buyers overall are more likely to be first-time home buyers — 56% report buying their first home, compared to 43% of buyers overall. First-time buyers face greater financial hurdles because they don’t have access to equity from a previous home purchase to help with a down payment and almost always (80% of the time) finance their purchase with a mortgage. Latin buyers are denied by mortgage lenders at a higher-than-average rate and 65% say they are concerned about qualifying for a mortgage at all.

To reach homeownership, Latin buyers more often put other life milestones on hold because of the financial burden. More Latin buyers than average report that the cost of housing delayed marriage plans (28% said so, versus 18% of all buyers), having children (29% versus 19%) and retiring (26% versus 19%).