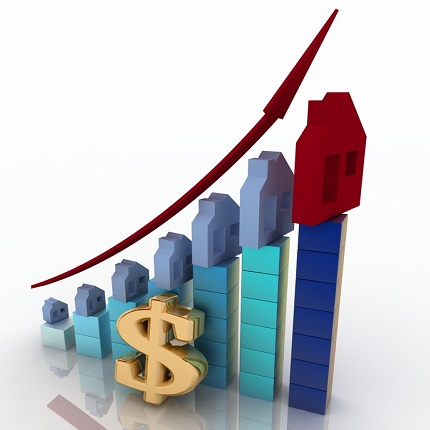 Motivated by mortgage rates near historic lows and a persistent shortage of homes for sale that’s steadily driving up prices, many middle-income consumers want to buy before values escalate out of reach.

“But jumping into the U.S. housing market now isn’t necessarily a no-brainer,” said Ken H. Johnson, Ph.D., a real estate economist in Florida Atlantic University’s College of Business. “The nation is reaching the peak of its current housing cycle,” Johnson said. “I don’t expect prices to crater like they did more than a decade ago. Still, you don’t want to be the last person to buy at the peak of the market.”

Home prices have been rising since 2012 and economists say the end of the run is near. In South Florida, for example, homes are overvalued by close to 20 percent, the highest level in eight years.

“Everyone should have real estate in their retirement portfolios, whether it’s their personal residences or investments in income-producing properties, according to Johnson. “Historically, home prices appreciate at about 5 percent a year, making real estate an excellent long-term hold. If mortgage rates remain low and/or the shortage of homes for sale continues, buying now is the right thing to do because prices likely will rise for the foreseeable future, But consumers should watch for rising rates and/or an increase in properties for sale, which easily could flatten home prices in short order and lead to another downturn.”

Even if the market stumbles, the climate remains much healthier than it was during the historic housing bust of 2006-2011. Mortgage underwriting has significantly improved, creating a stronger pool of borrowers and limiting the likelihood of a foreclosure crisis. Individual credit scores are near all-time highs, an indication that homeowners would be more willing to ride out financial issues.

“Given the looming peak, the decision to buy in the short term comes down to how long consumers intend to stay in the homes and what kind of values they’re getting,” Johnson said. “Those who don’t intend to put down roots should consider renting and reinvesting the money they would have spent on owning, such as maintenance, taxes and homeowner association fees.”

Johnson is the co-author of the Beracha, Hardin & Johnson Buy vs. Rent Index, a national report that covers 23 major metropolitan areas.

“I would be careful about buying near the top of the market, especially if I want to be in the home for only a few years,” Johnson said. “If you look to buy, bargain aggressively and be willing to walk away. Real estate most definitely is a good investment, but don’t just buy now because that’s what everybody else is doing.”