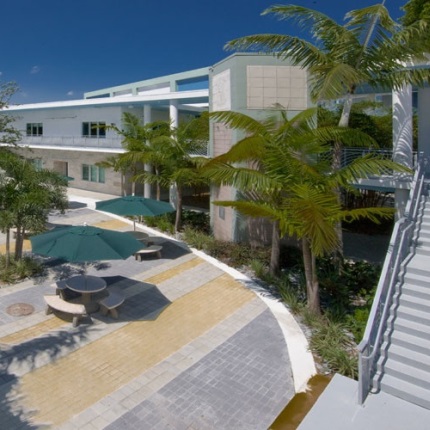 Ransom announced the deal last Thursday, but declined to provide a closing price. La Brisa, a 6.9-acre property that was once the most expensive residential listing in Miami-Dade, was last listed for $39.5 million.

A Ransom spokesperson told TRD last week that Ransom currently has no plans for the waterfront property, which borders its Coconut Grove campus, and that the school’s priority is to revitalize the existing facilities.

“The purchase will allow us to improve our facilities, add vital greenspace and continue our long tradition of respecting, protecting and learning from the treasures of Old Florida and Miami’s precious coastal ecosystems,” Ransom’s head of school Penny Townsend said in a press release.

Mark Meland, a Ransom trustee and a partner at Meland Russin and Budwick, negotiated the contract along with other trustees. The school financed the deal with an anonymous $7 million donation and a $28 million loan from City National Bank, he said. Akerman attorney Jonathan Awner, along with Weiss Serota’s Joseph Hernandez and Ed Soto, also worked on the deal.

“We believed it was perhaps the last opportunity to buy it,” Meland told TRD, calling it a “generational opportunity.”

Ransom’s campus includes two original structures: a cottage and a pagoda. In addition to the historic structures, La Brisa also has 2 acres of protected mangroves. “Ransom has that history of being green,” Meland said.

La Brisa’s history dates back to 1886, when the land was deeded to children’s novelist and conservationist Kirk Munroe. A trust in Munroe’s name sold the property.

The waterfront, Mediterranean-style, nine-bedroom, 16,500-square-foot estate, was originally built during the 1920s and later restored. The mansion sits atop an ancient coral reef about 23 feet above sea level and has 208 feet of bay frontage. Features include 3,338 square feet of outdoor living space with several balconies and covered porches and a private port that can accommodate a 70-foot yacht.

In 2014, the property at 3551 Main Highway was originally listed for $65 million. Gonzalez took the listing over in November at 47.5 million.

Gonzalez said last week that the school’s current board is “real estate-savvy.”

“[Ransom] has had several opportunities to buy this property and for unforseen reasons, they had not pulled the trigger,” he said. “They want to expand. This is their goal for the next 100 years.”