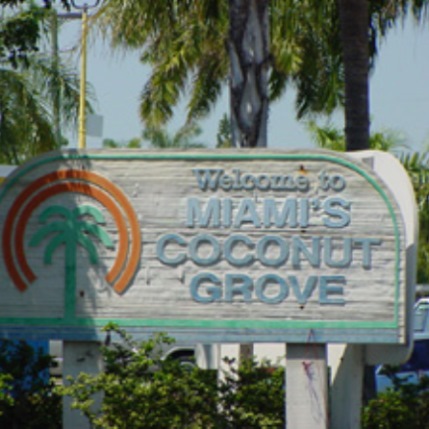 The Coconut Grove community is divided over proposed changes to the building codes that are meant to protect the neighborhood from outsized development and the loss of trees — changes that some homeowners consider onerous restrictions that limit property rights.

But after hours of opposing views voiced by residents and debate among elected officials at Thursday’s Miami commission meeting, the changes nearly died on the operating table. The sponsor of the changes, Commissioner Ken Russell, hoped to get support from fellow commissioners to at least grant an initial approval so they could iron out more compromises before a final vote later.

That did not happen. He looked around at his colleagues and was met with silence.

“It seems that this has been a big exercise in wasting time,” Russell quietly quipped.

In the end, the commission voted to postpone the vote on a plan to revise regulations for the neighborhood conservation districts in the Grove, areas with specific building rules meant to protect the look and feel of the area. Overall, the changes would have reduced the amount of space per lot that could be used for new construction, with some exceptions. The aim was to increase the amount of green space, save trees and limit lot-splitting.

Objections over the process leading up to the vote derailed the debate. Now, the proposal has been put off for six months.

Russell endorsed the proposal as an effort to make sure sections of the historically black and Bahamian West Grove keep their character while facing pressure from gentrification. Afterward, he was frustrated with what he considered a win for developers and speculators who want to tear through the Grove.

“The value of a neighborhood is not measured in the square footage of poured concrete,” Russell said. “It is measured in the character of the area, the canopy that shades it, the history of its structures, and the people who are generationally rooted there.”

At Thursday’s commission meeting, dozens of residents came out for or against the changes during more than two hours of public comments that demonstrated a deep divide among Grove residents. Some felt the proposal was necessary to discourage overdevelopment and protect the scale and character of a leafy neighborhood known for cottages and bungalows from the wave of larger, boxy homes built in recent years.

“We must find a way to co-exist,” said Linda Williams, a born-and-raised Grove resident who supported the proposal.

Others strongly disagreed, describing the changes as a government overreach that would snatch property rights away from owners. Some residents argued that they want to have the ability to improve upon or rebuild their homes bigger than before, and they should have the right to sell that right if they choose.

Longtime resident Edwin Gator said the proposal would restrict his ability to make the most of his property.

Before the hearing, a few dozen activists gathered outside City Hall to advocate for the changes. Among them was Anthony Alfieri, director of the Center for Ethics and Public Service at the University of Miami law school, who said Miami’s zoning laws have allowed gentrification in the Grove. Property has changed hands, landlords have evicted tenants, displacing longtime residents. Alfieri said the process has led to what he described as “re-segregation,” where minority residents are pushed to other parts of Miami-Dade — a situation that he said constitutes a violation of the federal Fair Housing Act.

“This commission and its elected officials refuse to assess or consider or monitor or mitigate the disparate impact and segregative effect that is destroying inner city neighborhoods across the city of Miami,” Alfieri said.

Inside City Hall, the fair housing issue did not appear to move any commissioners. Commissioners considered possible additional amendments. But what pushed the proposal into legislative purgatory was a technical issue regarding redrawing zoning boundaries, which would trigger a longer process involving more meetings and a vote by affected property owners.

“It is an illegal rezoning,” read a slide-show presentation given by Melissa Tapanes Llahues, a Grove resident. A land use attorney who frequently lobbies Miami commissioners, she was speaking as a resident.

Commissioners could have adjusted the plan on Thursday to avoid the extra work and vote, but with no appetite to solve the problem during the debate, the plan was deferred.