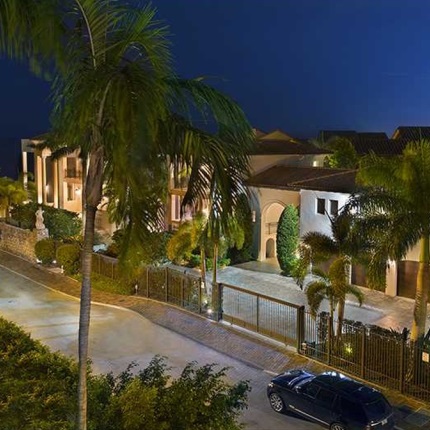 NBA superstar LeBron James dribbled away with $13.4 million from the sale of his Coconut Grove mansion to a Miami couple.

Opulence International Realty Senior VP Tomi Rose represented the Cleveland Cavaliers All-NBA forward in the sale of the 16,678-square-foot mansion at 3590 Crystal View Court to a company controlled by Timo Kipp and Nathalia Kipp. The buyers are the owners of Mayfair in the Grove.

This was the highest price for a home sold in northern Coconut Grove. It traded for $803 per square foot.

James and his wife didn’t get a buyer to jump as high as they initially hoped. The mansion was first listed at $17 million in October 2014. Then the listing was lowered to $15 million in March.

Still, James came away with a 49 percent premium over the $9 million he paid for the home in 2010, when he began his run with the Miami Heat. Once he returned to Cleveland in summer 2014, James decided he didn’t need any Miami real estate.

Built in 2010, the home has six bedrooms, 8.5 bathrooms and docks for two 60-foot yachts. It includes a chef’s kitchen, wine cellar, custom theater, generator, guest home and rooftop sun deck. It also has a summer kitchen outside and an infinity-edge pool.