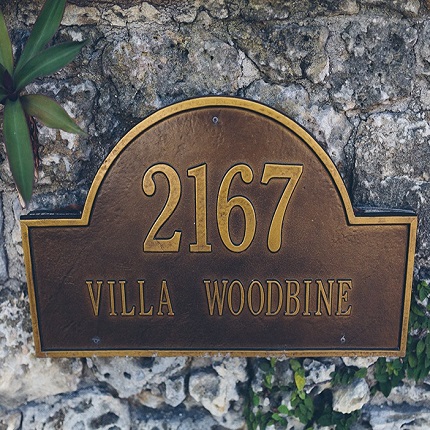 Another conflict over new construction is intensifying in Coconut Grove, which may be supplanting downtown as the crane capital of Miami.

Residents who have watched the old Grove’s tree canopy and charm disappear have mounted a campaign to stop the Carrollton School’s plan to build an all-boys school at Villa Woodbine, the historic Walter DeGarmo-designed mansion that offers gorgeous views of Biscayne Bay from its oak-shaded front lawn atop Silver Bluff. Jay Gatsby never lived there, but he could have. The romance of the place has made it a popular venue for weddings and parties.

The all-girls Carrollton School of the Sacred Heart has a contract to buy the 3.7-acre property, valued at $8 million to $10 million, and is seeking city approval to place an elementary school for 336 boys on the site, which is located across from Kennedy Park between South Bayshore Drive and Tigertail Avenue.

Opponents say a school simply does not belong there. They have launched a petition drive, created a website and blanketed the neighborhood with yellow “Stop Grove Gridlock” signs urging Carrollton to expand elsewhere and warning of the detrimental effects on traffic flow, nearby homes, the environment and one of Miami’s vintage treasures.

“This idea reminds me of the attempt to build a condo around the Freedom Tower. If the city allows this precedent, then 20 years from now, Carrollton will add a boys high school at Vizcaya,” said Isaac Kodsi, who owns a 110-year-old house built by Grove pioneer John Peacock next to Villa Woodbine.

“Carrollton has great intent and great stewardship. I totally support — and I’m Jewish — all of Carrollton’s goals except for one thing — location,” Kodsi said. “Why here? Wake up, Miami. How much more change can we take before we destroy what makes this Miami?”

Carrollton chose the site to be in proximity to its bayfront sister school for pre-K to 12th grade students at 3745 and 3747 Main Highway. Carrollton hired architect Richard Heisenbottle, known for his work on historic preservation projects, to design the boys school and renovate the villa, currently the base of operations for Bill Hansen’s catering company. Carrollton has been praised for its careful restoration of El Jardin and other old buildings on its main campus.

Rendering shows the facade of Carrollton School’s proposed new two-story elementary school for boys on the site now occupied by Villa Woodbine in Coconut Grove. The estate’s original house would be restored and used for staff offices and records storage. (RENDERING CREDIT: CARROLLTON SCHOOL OF THE SACRED HEART)

“Given the track record of historic preservation by Sacred Heart schools worldwide, Carrollton would be the ideal new owner of Villa Woodbine,” said Headmaster Olen Kalkus. “He was founding head of school of the Princeton (New Jersey) Academy of the Sacred Heart, which preserved an old convent and manor house on a 43-acre site that other developers might have bulldozed. We were seen as the rescuer in Princeton. I’ve watched the high rises going up in the Grove and we think a school would enable us to save Villa Woodbine and make sure it looks even better. The villa is strongly reminiscent of El Jardin and would also be the campus centerpiece. Sacred Heart schools have been consistently dedicated to historic architecture and environmental coherence. Beauty itself is inspirational — that’s part of our educational philosophy.”

The city’s Historic and Environmental Preservation Board has scheduled its next hearing on the plan for Dec. 3 at 3 p.m. at City Hall. The board is concerned about the proposed removal of 116 of the 173 trees on the property and placement of the 9,975-square-foot pool and two decks on or near the limestone bluff. Those concerns were echoed by the Dade Heritage Trust after an Oct. 23 presentation of the plan.

“This will decimate the tree canopy and dramatically change the view of the site from neighboring property and from South Bayshore Drive. Also, tree removal plans will eliminate the benefits of an urban green space. Green spaces have been recognized for enhancing the health and well-being of people living in cities by improving air quality and reducing urban temperatures. Most importantly it will damage the bucolic setting that is an integral part of the historic and architectural character of the Villa,” the trust’s president, Vinson Richter, wrote in his evaluation, adding that building on or between the bluff and Bayshore Drive “may have a negative impact on the important archaeological and environmental feature that is Coconut Grove’s Silver Bluff.”

Kalkus said the pool deck “will be translucent and our aim is to make the overgrown bluff more visible.”

The 45,462 square feet of new construction will be eight times larger than the 5,658-square-foot villa. That decrease in open green space and increase in concrete surfaces will hinder drainage, Vinson said. Bayshore Drive already has flooding problems during heavy rainstorms and high tides.

Traffic on Bayshore and Tigertail, already a major headache complicated by the presence of Ransom Everglades middle school some 200 yards away, will become intolerable and a hazard to pedestrians and cyclists during morning drop-off and afternoon pickup times, residents say.

Kalkus understands the dread about traffic but is confident that a long driveway that connects both sides of campus and will deposit exiting cars onto Bayshore will “absorb” school traffic and that staggered pickup and drop off times will further minimize congestion.

“Carrollton has strived since its founding to be a good neighbor and continues to do so,” said Kalkus.

Rose Pujol, founder of the grass-roots opposition group Bayshore In the Grove, said the school will have an adverse ripple effect on Miami. Bayshore Drive, designated a “scenic corridor,” will soon look like Brickell Avenue, she said.

“This isn’t about NIMBY [Not in My Backyard] because this affects the business district, our parks, the sailing community and anyone who values their personal precious resource of time — time that will be wasted in traffic,” said Pujol, whose children attended Carrollton and graduated from Ransom. “We have no issue with the school and its mission. We believe this is the wrong site. We’ve got to stand up for smart development before it’s too late.”

Pujol and her supporters complain about “stealth” planning and a lack of neighborhood forums by Carrollton while Kalkus said the school attempted to talk to all adjoining homeowners and address community concerns with outreach efforts..

“I’ve been knocking on doors for months and a lot of people don’t know this out-of-scale, incompatible thing is happening,” said Fabian Garcia Diaz, a Grove resident and Bayshore In the Grove member. “They are angry. Carrollton thought by going through the back door they would avoid resistance. Instead they have inflamed it.”

Carrollton has also been buying houses on Poinciana Avenue and Carmen Court adjacent to its high school campus. Ransom Everglades has done the same thing over the years, purchasing surrounding houses at both its middle school and upper school campuses for room to expand.

“The Grove, home to 18 public and private schools with an enrollment of about 6,700, doesn’t need more schools,” Garcia Diaz said. “I have kids and there are plenty of choices. The Grove has become a campus for elite schools because it has cachet, it’s safe, it’s beautiful. Carrollton benefits financially by building in the Grove near Ransom so they can all keep raising their tuition. Carrollton is not going to build next to a Lincoln-Marti school or in Little Havana or Allapattah or even in the West Grove.”

“Carrollton graduates become mothers and tell us they want the same education for their sons,” Kalkus said. “The order was founded to educate young women but the mission is to expand its reach. A number of Sacred Heart schools have created boys’ divisions and a few have gone co-ed. Research shows boys are disengaging from education. We feel this option would greatly benefit the community. It’s just been a matter of finding the right property. Miami real estate is tough and the other sites we considered weren’t feasible.”

Last year during the 100-year anniversary celebration of El Jardin, an estate built by a Pittsburgh steel mogul for his daughter, Carrollton opened it up for public tours. Kalkus intends to open Villa Woodbine for tours and argues that the mansion built in 1931 by a Wisconsin paper company owner would then be more accessible to the public than it is now, as a venue for private events.