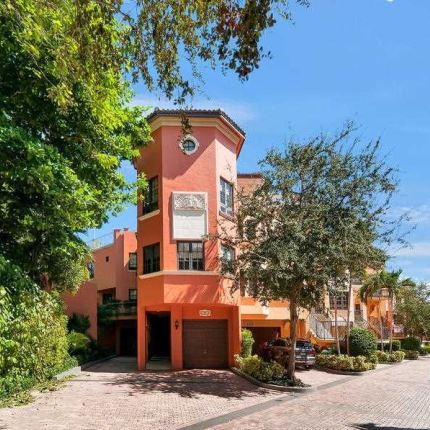 Months after Mark Richt landed a new coaching gig, the man entrusted with returning Miami Hurricanes football to its glory days has purchased a new home in Coconut Grove.

Public records show the Richt family landed a large townhome down the street from CocoWalk for $2.675 million in early February. It’s the largest residence within the gated Cloisters on the Bay and comes with an in-laws quarters with two bedrooms and two bathrooms. It includes an elevator, wet bar, library, and private rooftop terrace with a summer kitchen.

Val Byrne, the Richts’ broker, wrote about the purchase on her website, referring to her clients as “Georgia buyers” who had previously looked at homes in Pinecrest and Coral Gables. Richt was Georgia’s coach until he was fired in the fall after 15 seasons and 145 wins.

The residence listed for $2.89 million in October.