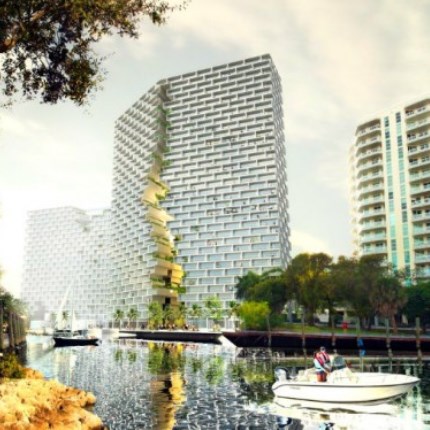 Downtown residents, officials and stakeholders have waited much longer for the area to realize its potential as a 24-hour urban destination on par with its metropolitan neighbor to the south. That time may be coming.

Cymbal’s 856-unit Marina Lofts is one of numerous multifamily downtown developments under construction or in the pipeline. Proponents hope the increased critical mass from the new communities complement a large professional population and major public projects — like the Broward County Courthouse under construction and Broward Center for the Performing Arts improvements — to help create a vibrant inner city.

“Downtown is definitely becoming more dynamic,” Cymbal said. “We as a community need more options for everyone though.”

Cymbal and other residential developers believe the downtown market has a paucity of affordable and efficient apartments that are still considered high-end quality. Marina Lofts will have a heavy concentration of studio and one-bedroom units at the nearly 6-acre site at 400-420 SW Third Ave. and 424 SW Fourth Ave.

Such units would ideally attract students from nearby Broward College and Florida Atlantic University and young professionals who work downtown.

“The key to that is cutting back in size and keeping rents lower than what you would typically see as compared to a bigger-sized unit,” Cymbal said. “You don’t necessarily need to pay for all of that space.”

Near Marina Lofts, Related Group Inc. is building the 249-unit New River Yacht Club apartments. The 400 SW First Ave. project is scheduled for a spring 2014 completion, according to Related’s website.

Cymbal, Related and others are seeking to capitalize on both the downtown’s potential upside and the impact of last decade’s housing collapse, according to Deme Mekras, a Miami-based regional managing partner at Franklin Street Real Estate LLC. Since the bust, many would-be homeowners now are part of the rental pool.

“I expect the new product being built in Fort Lauderdale’s urban core to be well-received and leased-up strongly,” Mekras said. “A lot of folks are gravitating towards the benefits of renting and having access to the amenities within the complex and surrounding area as it relates to dining and shopping.”