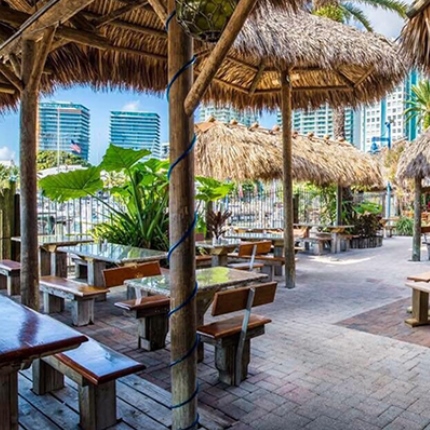 The operator of Monty’s Raw Bar in Coconut Grove wants to invest roughly $11.5 million to partially redevelop the property and add 32 years to its ground lease with the city of Miami.

In exchange, Aligned Bayshore Marina LLC is offering to pay the city a rent increase of $200,000 per year or a 1.75 percent cut from gross rent receipts. If approved, Aligned would fund a minimum of $7.5 million in new capital improvements and another $4 million renovating the existing buildings. The current lease pays the city about $1 million a year in rent and percentages, according to documents filed with the city.

Aligned’s majority owner is the former Flagler Development CEO Jose Hevia, who owns a portfolio of retail, office and residential properties on Fifth Avenue in Naples. Ron Kriss, a partner with Miami-based Stroock, Stroock & Lavan who represents Aligned, said his client does not want to comment about the plans at this time.

The deal would require a supermajority approval by the Miami City Commission, which will consider the new agreement at its regular meeting on Thursday. Then, the proposal would go before Miami voters for approval on Nov. 7. Any lease agreements for city-owned waterfront land require a referendum.

Monty’s has operated in Coconut Grove for 46 years and is named after its original owner Monty Trainer.

Aligned, whose majority owner Hevia, bought the rights to the lease from an affiliate of Miami Beach Marina operator RCI Group in 2015. The company owns the 52,983-square-foot restaurant and adjacent retail and office spaces, including a Starbucks and yacht brokerage firms, but lease the ground underneath the buildings from the city. Aligned also runs the marina at the site.

According to a city memo outlining the terms of the extension, Aligned is seeking to add 32 more years to the lease with two 10-year renewal options. The proposal calls for the city to obtain two independent appraisals affirming the fair market value of the latest lease amendment and for waivers of deed restrictions for related submerged lands from the State of Florida.

A related measure would direct City Manager Daniel Alfonso to reconfigure and reduce the number of wet slips at the Monty’s marina.