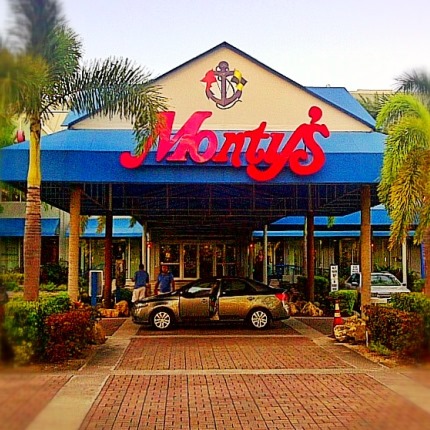 Jungle Island won’t be on the Nov. 7 ballot, but an expansion proposal for another waterfront Miami institution definitely will be.

The Miami City Commission, without much debate, voted 5-0 to authorize a referendum asking residents to approve a 32-year lease extension to the operator of Monty’s Raw Bar in Coconut Grove, as well as a partial redevelopment plan that will cost around $11.5 million.

Monty’s owner, Aligned Marina LLC, has agreed to pay the city an additional $200,000 per year in rent or a 1.75 percent cut from gross rent receipts on top of the roughly $1 million a year the company currently pays annually in rent and percentages. Aligned also wants to fund a minimum of $7.5 million in new capital improvements and $4 million to renovate existing buildings, which house Monty’s, a Starbucks and yacht brokerage firms. Aligned would also get two 10-year renewal options at the end of the 32 years.

Former Flagler Development CEO Jose Hevia, who owns a portfolio of retail, office and residential properties on Fifth Avenue in Naples, is Aligned’s majority owner. He purchased the rights to the lease from an affiliate of Miami Beach Marina operator RCI Group in 2015.

Named after its original owner Monty Trainer, the restaurant and raw bar has existed in Coconut Grove for 46 years. City commissioners also approved a related measure directing City Manager Daniel Alfonso to reconfigure and reduce the number of wet slips at the Monty’s marina.