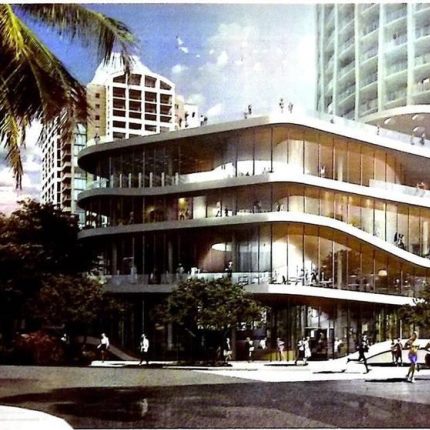 Fernandez, who has just written the book “Humbled by the Journey,” is purchasing one unit for himself and the other for his daughter, for a total purchase price of more than $10 million, according to the project’s developers.

Fittipaldi plans to move his family from Key Biscayne to Coconut Grove when the project is completed in 2017, the developers said. The home Fernandez purchased for himself is a two-story, 5,000 square-foot condominium with four bedrooms, five-and-a-half baths and a private swimming pool. His daughter will live in a nearly 2,000 square foot condo, with two bedrooms and two baths.

Park Grove, at 2701 South Bayshore Drive, is the first development partnership for Pedro Martin of Terra Group and Jorge Perez of Related Group. The luxury condo project is being designed by Rem Koolhaas. Plans call for two 20-story, 72-unit condo towers and a third 20-story building with 140 units. Prices in the 72-unit towers range from $2.1 million to $4.6 million, not including penthouses. Terra and Related hope to start building the project by early 2015.