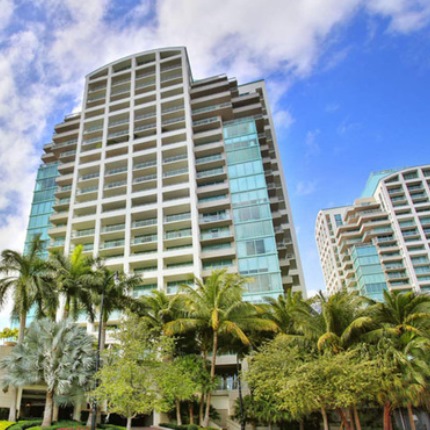 While South Florida’s hotel sector faced a turbulent 2016, Hersha Hospitality Trust zeroed in on Miami’s Coconut Grove with the potential to outshine the rest.

The Philadelphia-based real estate investment trust will pour $10 million to $15 million into its newly acquired asset in hopes of bringing the somewhat forgotten Ritz-Carlton hotel back to life. Hersha purchased the property for $36 million in February — a significant hospitality investment in South Florida, which the company described as its most challenging market.

The culprits include a strong U.S. dollar that cut the purchasing power of international visitors as well as economic turmoil in Latin America that further slowed travel from those countries. Shah said these factors particularly affected Miami Beach, which was also hurt by the sting of a Zika outbreak and the Miami Beach Convention Center’s closure.

When Hersha zoomed in on Coconut Grove, however, the company found a growing submarket feeding off new residential development and a commercial resurgence.

The REIT’s South Florida strategy is to acquire existing properties and boost performance by adding value. It took a similar approach at the Ritz’s neighbor, the 140-room Residence Inn by Marriott across the street, which the company purchased in 2013.

“We’re in the lodging business rather than the investment business,” Shah said, adding the group plans to hold the Miami properties long term.

Coconut Grove has a high barrier to entry for real estate development, so new hotels aren’t on tap. Yet the demand for hotel product is rising.

The first phase of the Ritz-Carlton’s renovation will focus on upgrading the onsite restaurant with a chef-driven concept and converting the Amadeus meeting room into a high-end cocktail bar.

Hersha wants to reintroduce the hotel to the community as a gathering place for both guests and residents alike, Shah said.

Coconut Grove is attracting more creative-type businesses like the SapientNitro advertising agency and Sony Music, which has propped up its daytime population. Terra Group’s dual-tower Grove at Grand Bay condominium project was delivered last year, bringing with it a new crop of residents.

Shah is not the only one looking to cater to the neighborhood’s growing population and changing demographics.

David Martin, a Grove native and president of Terra, is busy changing the skyline with his luxury residential projects, including Grove at Grand Bay and Park Grove, a three-tower condo project under construction.

Like Shah, the Miami developer sees growing demand for commercial development in the Grove.

The neighborhood hasn’t seen new office in nearly three decades, which has led to single-digit vacancies in Class A buildings, according to several brokerages.

Construction on Mary Street, as the project will be called, begins this year, two blocks from the Grove at Grand Bay high-rises.

Snuggled between Miami’s Brickell district and Coral Gables, Martin said Coconut Grove benefits from its location and a relatively high walkability score. He said business owners who live in the neighborhood or further south have considered moving to shorten frustrating commutes. Working in a walkable environment is a plus, Martin said.

“We just felt that it was going to be a great amenity for the neighborhood,” he said.

A second office project entered the pipeline on the heels of Terra’s announcement.

The partners behind the redevelopment of CocoWalk, an open-air retail center in the heart of the Grove, plan to build a 73,000-square-foot, Class A office building on the property.

“We have concluded that the successful path for CocoWalk is really a mix of uses,” said Grass River Property principal Tom Roth. “We didn’t buy CocoWalk to keep it how it is. We really see a need for change and make it more relevant again.”

Grass River partnered with Federal Realty Investment Trust and the Comras Co. to purchase the property in 2015. Over the past year, the team dove into the community and asked what residents would like to see.

The Answer Was Office

The new building, dubbed One CocoWalk, will attract daily users, create built-in traffic for restaurants and retailers, and increase the daytime population. Construction on One CocoWalk will begin early next year with delivery slated for mid-2019.

“All of that gives us real confidence in this submarket,” Shah said.