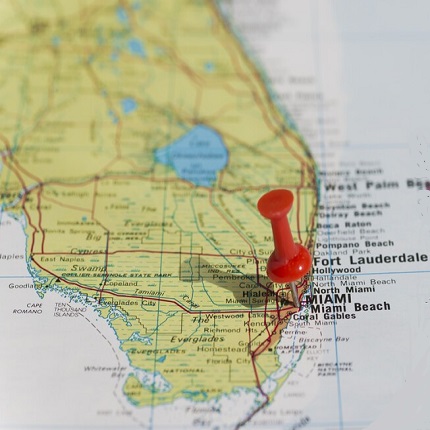 According to Redfin.com, nationwide, 30.3% of their users looked to move to a different metro area in October and November 2021

That is down from a record-high 31.5% in the first quarter of 2021 but well above pre-pandemic levels.

Homebuyer interest in relocating to a different part of the country accelerated as the coronavirus pandemic took hold in the first half of 2020 and reached its peak at the beginning of this year before declining slightly and leveling out. Redfin.com users are showing significantly more interest in relocating than before the pandemic, when levels stood at 25% to 26%.

“At the beginning of the pandemic, remote work gave homebuyers the opportunity to consider a new location,” said Redfin Chief Economist Daryl Fairweather. “Now the labor market is incredibly tight, which means even homebuyers with in-person occupations can move somewhere new and be confident they can secure employment in their new town.”

Miami was the most popular migration destination of any major U.S. metro for the fourth month in a row. Next come Phoenix, Las Vegas, Sacramento and Tampa. Two other Florida metros also appear on the top 10, with Cape Coral taking the number seven spot and North Port coming in 10th. The popularity of migration destinations is determined by net inflow, a measure of how many more Redfin.com home searchers looked to move into a metro than leave.

Florida has become a particularly popular destination this year as remote workers and retirees flock to the state in search of beaches, warm weather, low taxes and more affordable housing than big cities on the East Coast or West Coast. Net inflow into Miami has nearly tripled since this time last year, and net inflow into Tampa has nearly doubled, with New York as the number-one origin for Redfin.com users moving to both areas.

“More than half of my active clients are either investors or people who are relocating, coming from places like California, Oregon, New York and New Jersey,” said Miami Redfin agent Cristina Llanos. “The relocators tend to be young remote workers who are moving to Miami for the affordability and sunshine. One client said they’re coming to Miami because they hate the snow; another wants to raise their kids in an ethnically diverse city.” 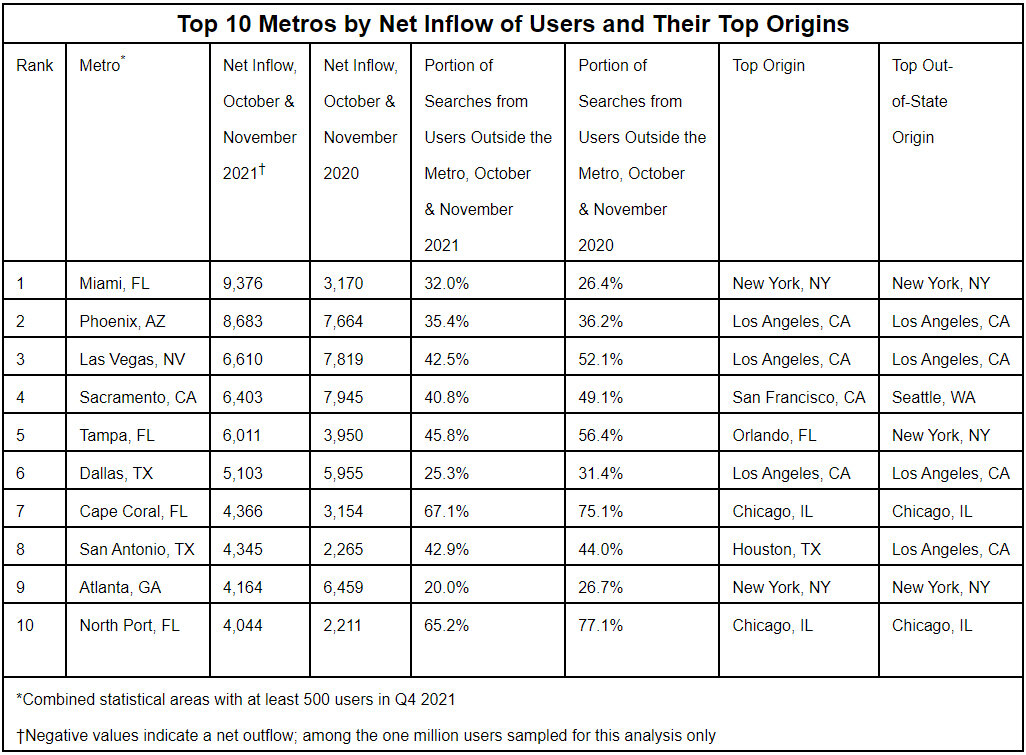 Big, expensive coastal cities typically top the list of places Redfin.com users are looking to leave, a trend that has accelerated with the pandemic and remote-work options. Many big-city dwellers with white-collar jobs are able to work remotely from more affordable locations with a lot of recreational opportunities. 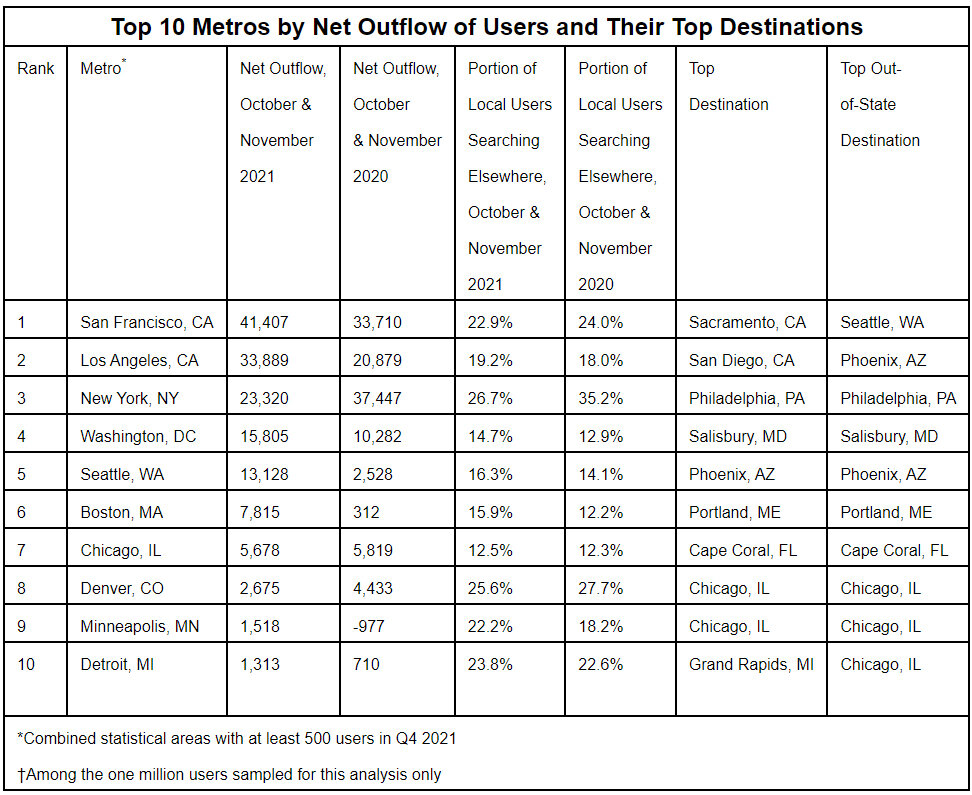