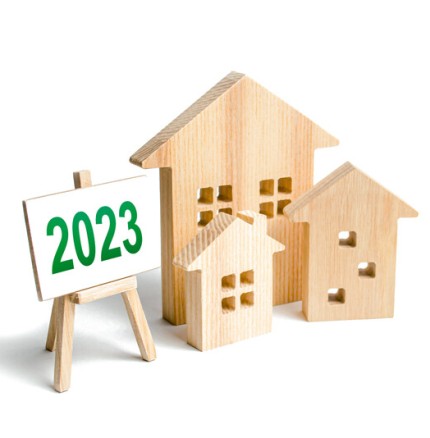 The year is coming to an end, but it appears our housing woes aren’t.

South Florida housing prices are expected to rise 3.4% in 2023, according to a newly released Realtor.com forecast. Meanwhile, the volume of sales is predicted to drop by 2% locally.

The predictions are in line with nationwide indicators, per the report, which signal that prices may go up, albeit not as much as in the past few years, while the number of sales may decline.

Prospective buyers will probably see more homes on the market next year, but costs are so high, many are being priced out.

“The 2023 housing market could become a ‘nobody’s-market,’ not friendly to buyers nor to sellers,” Realtor.com chief economist Danielle Hale wrote.

Fast-rising rates for mortgages have slowed the Miami-Dade housing market, which reached historic highs in June with median home prices at $579,000, according to Insurance Journal.

Nationally, the typical monthly mortgage payment is expected to cost $2,430 next year. That’s 28% higher than in 2022. The report predicts average mortgage rates of 7.4% next year, with a drop to 7.1% by year-end.

Expensive as homebuying is, rents are predicted to rise even more — 6.3% year over year nationally — making it even harder for tenants to save for a down payment on a home.

Michael Hinton, commercial president of The Miami Association of Realtors, told Axios that single-family home prices here typically either remain stable or rise because of Miami’s unique location between the Everglades and the Atlantic Ocean.

“We’ve pretty much run out of land for new developments, so none of us have seen a significant decrease in prices,” Hinton said.