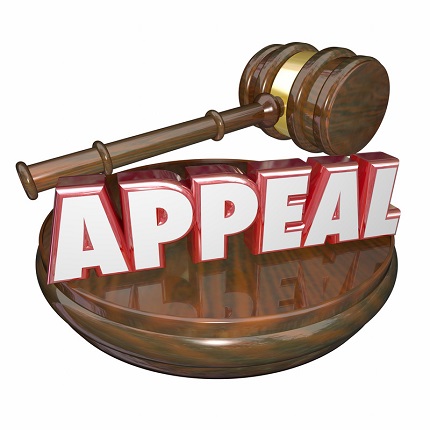 Miami-Dade County has filed yet another court appeal in its long-running effort to refurbish and reopen the historic Coconut Grove Playhouse, shuttered since 2006.

The county is challenging a veto by Miami Mayor Francis Suarez last year that effectively blocked the Miami-Dade plan, a blueprint years in the making which calls for demolishing the publicly owned playhouse’s auditorium and replacing it with a modern, free-standing theater behind a restored front building. 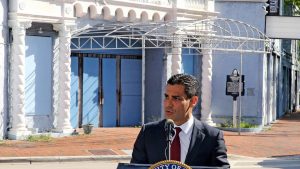 Miami Mayor Francis Suarez holds a press conference outside the Coconut Grove Playhouse in May 17 of 2019 announcing his veto of the city commission’s approval of a controversial Miami-Dade plan to refurbish the shuttered historic theater (PHOTO CREDIT: CHARLES TRAINOR, JR., MIAMI HERALD)

In July, a Miami-Dade Circuit Court panel dismissed the first appeal of Suarez’ veto by the county. The court ruled it had no jurisdiction in the matter, without reaching any conclusion on the merits of the county’s case.

The county is now asking the Third District Court of Appeal to override the lower-court ruling in a filing that calls that decision “bizarre.” Miami-Dade contends Suarez’ veto of city commission approval of the county plan violated constitutional requirements for due process.

“In one fell swoop, the Circuit Court Appellate Division (the “Circuit Court”) eviscerated decades of law regarding the due process protections,” the brief, filed Aug. 21 and signed by assistant county attorneys James Edwin Kirtley and Dennis Kerbel, reads.

The Third DCA has dismissed a petition for an expedited appeal from the county as well as a request from the city to extend the deadline for its response. The court gave the city 30 days to respond on Aug. 25. The city has yet to do so.

The county and Florida International University have a long-term agreement with the state of Florida to lease and restore the 1927 playhouse, a designated historic landmark.