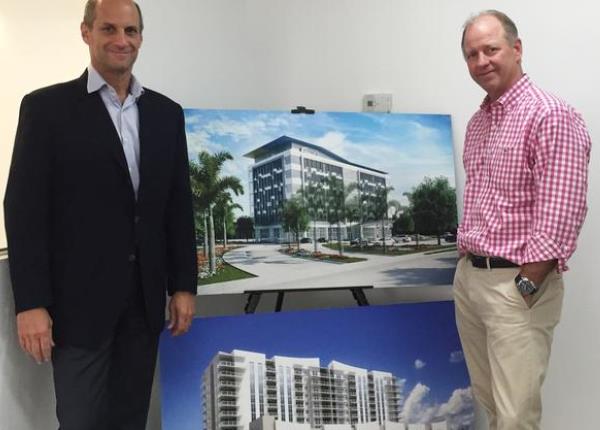 Miami-Dade County is looking to revive a long-stalled plan to put a transit-oriented development at the Coconut Grove Metrorail Station by signing a lease with a local group.

The county commission’s Miami-Dade Strategic Planning & Government Operations Committee will vote on Dec. 8 to grant a 90-year lease for a five-acre site at 2780 S.W. 27th Ave. to GRP Grove Metro Station LLC, an affiliate of Coconut Grove-based Grass River Partners. It would also need the approval of the full county commission, which could vote on it on Jan. 20.

Grass River Partners has made a splash in 2015 by acquiring minority interests in both CocoWalk and the Shops of Sunset Place. The group is building the Grove Station Tower apartments a short distance away.

The county signed a lease on the property, currently a parking lot, with another developer in 2000, but those plans for a mixed-use project stalled during the recession. First-Citizens Bank & Trust foreclosed on a leasehold mortgage with a $6.5 million judgment and the county terminated the lease. The litigation between the county and the bank over that judgment has lingered on.

Under the terms of the proposed lease, GRP would pay the county a $500,000 “lease commencement fee,” which would then go to the bank to settle the litigation.

The rent payments would start in the third year of the lease at $200,000, followed by $350,000 in the fourth year. Thereafter, the annual rent would be 3 percent of the developer’s gross income for the project, with a minimum payment of $450,000.

The county staff anticipated received $263 million in lease payments over the 90-year term.

The deal would require GRP to make certain improvements to the public transit portion of the property before building its mixed-use development. That would include a new transit bus terminal, a renovated drop-off area, dedicating 204 of its parking spaces to transit riders, and $5 million in additional transit improvements such as an employee “comfort station”, pedestrian facilities, bicycle facilities, security cameras, landscaping and signage.

The developer would also agree to seek LEED green building certification for the project and to comply with the county’s Small Business Enterprise program during the construction and design phase.

GRP would still need to secure zoning approval from the city and that process won’t start until the lease is signed. Construction could start in 2018 with the first of five phases, according to the county document. It could be fully completed in 2022.

The county has a host of transit-oriented projects in the works through private developers near Metrorail stations, including at the Douglas Road Station one stop south of Coconut Grove Station. The passenger rail has been a popular alternative to fighting the traffic on the way to downtown Miami.

The county is also pushing the idea of building the Underline, a linear park that would stretch along the Metrorail path from Brickell to Dadeland.