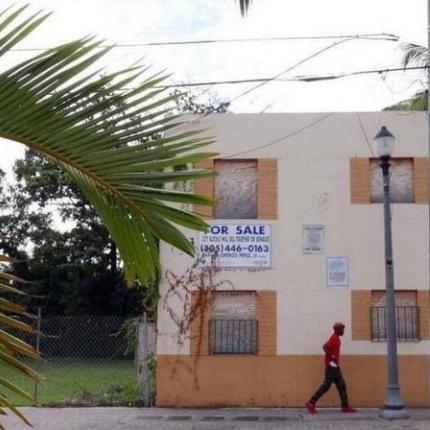 In what was almost a very close vote, a resolution was passed unanimously by the Miami Commission Thursday to include the oft-forgotten West Grove community in the Omni Community Redevelopment Agency (CRA).

The Omni CRA would help rehabilitate dilapidated buildings, streets and parks and allow space for affordable housing and historic preservation of the community. An area qualifies for a CRA when it has slum-like conditions. Among the benefits, any new taxes generated stay within that concentrated area to improve the neighborhood. The CRA itself does not increase taxes on the residents of that area.

“It’s depressing.  I try not to even drive down Grand Avenue. It really breaks my heart to see this,” said Renita Ross Samuel-Dixon, a lifelong member of the West Grove community, about the state of the neighborhood.

Many additional residents of the historically black neighborhood voiced their support for the expansion of the CRA. Many have been there for generations. The neighborhood dates back to the late 1800s when the first Bahamian pioneers settled there. It is part of one of the oldest neighborhoods in Miami-Dade County.

West Grove was also once segregated by a physical wall from Coral Gables and the rest of Coconut Grove. Today, it is facing the heavy effects of gentrification and unemployment.

Commissioner Ken Russell, who is running for Congress this year and is chair of the Omni CRA, sponsored and advocated for the CRA expansion. West Grove is  part of his district, and he has been working on bringing the CRA to West Grove since he was elected two years ago.

He hopes that this expansion will help renovate the community without displacing the people. Samuel-Dixon also wishes for change that will bring life back to her neighborhood.

“When I grew up, I saw African-American entrepreneurs all throughout Coconut Grove, so the dollars were reinvested within the community, so this CRA would help us to reestablish a viable community,” she said.

The approved expansion will now go to the County Commission for approval. This process could take a couple of months.