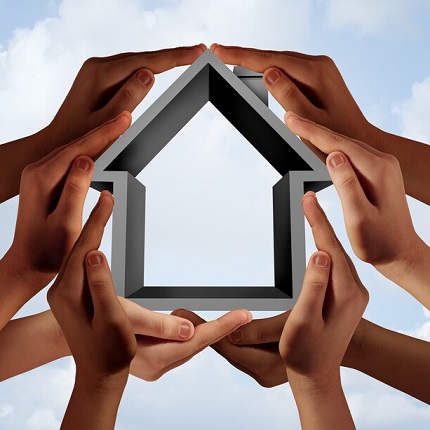 The commission unanimously approved creation of the West Grove Community Redevelopment Agency (CRA), a new semi-autonomous arm of the city government meant to fund anti-poverty initiatives using a portion of taxes from the area. Proponents argue that when managed correctly, CRAs can provide seed money that spurs private investment.

CRAs have historically been controversial. A 2016 grand jury report slammed such agencies for being hubs of mismanagement or waste. Anti-poverty funds were spent in Miami on subsidizing concert halls, museums and a production studio. Dollars that could have paid for affordable housing were rerouted into the widely derided financing deal that paid for Marlins Stadium.

Commissioner Ken Russell, who has advocated for a West Grove CRA for years, said that a properly managed CRA can address Miami’s affordable housing crisis. He envisions the West Grove agency addressing the lack of affordable housing in the area and steering redevelopment toward including the neighborhood instead of displacing longtime residents through gentrification.

“The West Grove CRA will talk about how to revitalize an existing community and bring people back,” Russell said.

Miami administrators estimated that in the first year, about $244,000 in projected tax revenue will be kept in the CRA’s boundaries. The rough boundaries of the CRA are U.S. 1 to the northwest, McDonald Street to the east and Charles Avenue to the south, with a section northwest of U.S. 1 between Bird Road and Orange Street included. This map shows the boundaries of the West Grove Community Redevelopment Agency. (CREDIT: CITY OF MIAMI)

Several West Grove residents spoke in favor of the CRA before Thursday’s vote. Many have come to City Hall multiple times in recent years to urge commissioners to make it happen.

Activist Carolyn Donaldson said the community expects Russell to keep his promise to keep neighbors involved in the CRA’s business.

“We look forward to additional detail, as well as the development of the community advisory board,” Donaldson said.

Russell committed to sponsoring an ordinance to create the citizen board.

The vote approved the creation of the agency’s board, which will be made up of Miami’s five city commissioners, and perhaps one Miami-Dade County commissioner. The board will first need to consider a redevelopment plan that will guide the agency’s work. Russell said a meeting will be scheduled soon.

For now, current city administrators and staffers for the Omni CRA are expected to do initial work for the West Grove agency.

City Manager Art Noriega will now negotiate an interlocal agreement with the county to determine the specifics on how tax dollars will be diverted to the agency in the future.