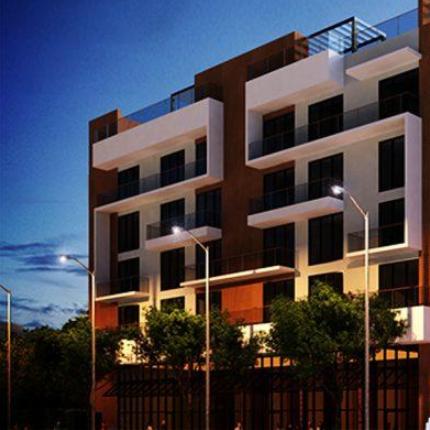 The firm, led by Ricky Trinidad, paid $4.1 million for the 13,000-square-foot site at 3280 Grand Avenue in June, property records show. It’s planning to build Metronomic Place, a five-story building with about 5,000 square feet of Class A office space, 3,200 square feet of ground floor retail space, and a 44-key boutique hotel, according to a press release.

Metronomic is expected to break ground on the project in Sept. 14 and complete it by the fall of next year, Trinidad said.

LG 2 LLC, led by general contractor Bruno Carnesella, sold the property to Metronomic. The corner lot, which houses a car wash, has been on and off the market since at least 2015.

The developer will move its headquarters to the new building, taking more than half of the office space, said Trinidad, who also lives in the Grove.

The building is being designed by CLAD Architecture and Design with interiors by One Design Build, and will feature a “green” rooftop with a pool and garden. The hotel rooms will range from 500 square feet to 600 square feet and feature terraces and kitchenettes.

Metronomic has more than 10 new developments in Coconut Grove, including single-family homes.