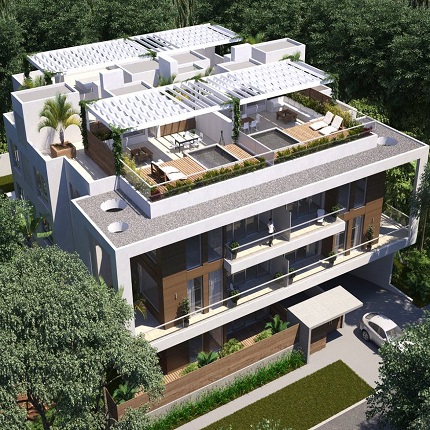 The filing comes just days after a foreclosure lawsuit was filed against its GroveHaus apartment complex in Miami.

The developer aimed to build apartments, student housing and boutique hotels around Miami and Coral Gables, and redevelop a stretch of Grand Avenue in the historically Black neighborhood of west Coconut Grove. GroveHaus is the only project that has been completed.

Metronomic Holdings submitted the Chapter 11 petition to U.S. Bankruptcy Court in Miami on Sept. 23. It was signed by Ricky Trinidad as the manager. According to the list of equity holders filed with the case, Kelly Beam owns a 100% interest in Metronomic Holdings. Attorney Aleida Martinez Molina, who represents Metronomic Holdings in bankruptcy court, couldn’t be reached for comment.

The debtor listed in the bankruptcy filing assets and liabilities in the range of $50 million to $100 million. It did not name a specific list of assets and debts. However, the amount owed to Metronomic Holdings’ 20 largest unsecured creditors exceeded $85 million, according to court documents.

Completed in 2019, the 10-unit GroveHaus totals 30,418 square feet. It was marketed as a luxury building with large units.

The $5.75 million mortgage was issued to GroveHaus in April 2019. According to the complaint, the borrower went into default because it failed to make interest payments starting on Dec. 1, 2019; it didn’t repay the loan at the May 1, 2020, maturity; and the 2019 property taxes were unpaid. The full $5.75 million in principal, plus interest, is due.