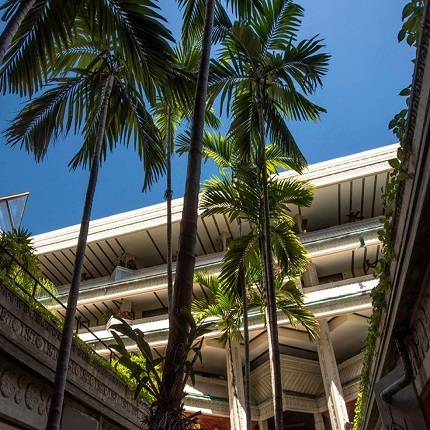 Brookfield Asset Management bought the Mayfair Hotel & Spa in Coconut Grove for a price in the upper $40 million range, The Real Deal has learned.

Copperline Partners and TriGate Capital sold the hotel at 3000 Florida Avenue in Miami to Brookfield. The deal closed on Thursday, June 20, according to sources. Crescent Hotels & Resorts is now managing the property.

The 179-room hotel was designed by Miami architect Ken Treister and was completed in 1985. The property is known for its architecture, with an open-air tropical atrium, spa, and a rooftop deck and lounge. The hotel also includes 20,730 square feet of indoor and outdoor space, the 140-seat Mayfair Kitchen restaurant, a 4,500-square-foot spa, a fitness center and business center. The price equates to about $250,000 per room.

Christian Charre and Paul Weimer of CBRE were the listing brokers. CBRE declined to comment.

Mayfair CLTG Holdings LLC paid $27.6 million for the hotel in 2014. The Mayfair Hotel & Spa is part of the Mayfair office and residential development, a group of buildings that were developed in the 1980s. Next door is CocoWalk, an open-air shopping center that’s currently being redeveloped by Federal Realty Investment Trust, Grass River Property and The Comras Company.

Brookfield, a global asset manager with over $365 billion in assets, purchased a few South Florida hotels over the past year. Thayer Lodging Group, a subsidiary of Toronto-based Brookfield, paid $170.6 million to acquire the Hilton Fort Lauderdale Marina about a year ago.