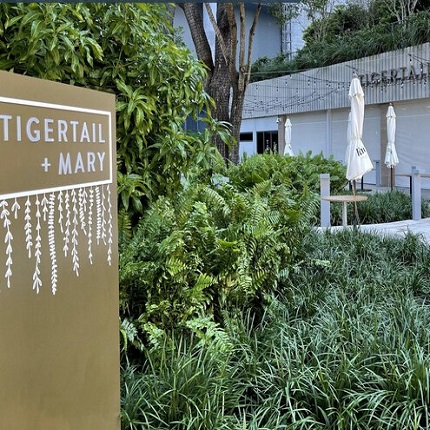 The New York restaurant group, which has expanded rapidly in the Miami area, inked a lease with the new owner of the former Tigertail + Mary restaurant building at the Park Grove development, according to sources. Restaurateur Michael Schwartz closed Tigertail + Mary last month due to the pending sale.

A joint venture between the Related Group and Terra developed Park Grove and sold the restaurant building at 3321 Mary Street to developer Alex Pirez, owner of Mocca Realty and Mocca Construction, for $5.5 million, sources said. Related and Terra have both moved their headquarters to nearby buildings.

“Sadelle’s is expected to open in the second week of December,” partner Jeff Zalaznick said.

The restaurant group, led by founders Mario Carbone, Rich Torrisi and Zalaznick, signed a 10-year lease with an option to extend for the 5,700-square-foot building. The restaurant also includes outdoor space.

Zalaznick, who declined to disclose lease terms, said Major Food Group plans to open its Israeli supper club, HaSalon, this week in the former China Grill/Lobster Bar Sea Grille space at 404 Washington Avenue in Miami Beach. Sadelle’s at The Boca Raton Resort & Club is planned to open by the end of the year. And a 10,000-square-foot Sadelle’s Restaurant and Market Place is expected to open at 1212 Lincoln Road next year, which will include a gourmet market.

Fabio and Sebastian Faerman of FA Commercial at Fortune International Realty represented the developer in the sale of the Coconut Grove property. They declined to comment on the deal.

Coconut Grove is in the midst of major redevelopment, with projects that include the expansion and renovation of CocoWalk, the new Mr. C hotel, and condo projects such as Mr. C Residences. Brookfield Asset Management is also renovating the Mayfair hotel, which it acquired for more than $40 million in 2019.

Next door to the planned Sadelle’s is Related Group’s office building, where the company moved its headquarters earlier this year, and where new office tenants include Daniel Sundheim’s D1 Capital Partners hedge fund.

Related’s founder and CEO, Jorge Pérez, and his wife Darlene moved to a penthouse at Park Grove this year and sold their nearby waterfront estate for $33 million.

Major Food Group expanded to South Florida about a year ago and now has Carbone in South Beach and ZZ’s Sushi Bar in the Miami Design District.

“The company plans to open a Sadelle’s and Carbone in Dallas early next year,” Zalaznick said.