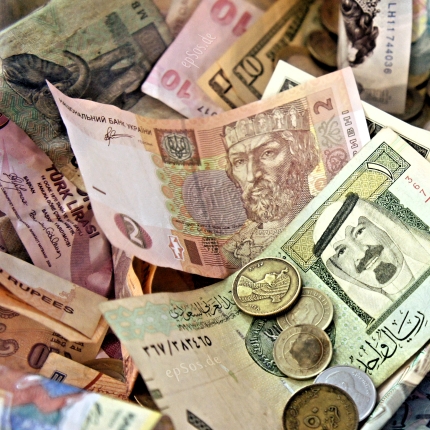 Between international travel restrictions and the boom in demand for single-family and vacation homes, much of the real estate industry’s recent focus has been set squarely on domestic buyers who have suddenly found themselves in need of more space.

But in certain urban markets with high levels of luxury supply—think New York, Miami, Los Angeles, and London—the current environment also presents an opportunity to court buyers from abroad. This is particularly true of buyers from countries that have already passed the worst of the coronavirus crisis.

“I’ve personally sold three homes, sight unseen, to Chinese investors during the pandemic,” said Mauricio Umansky, founder of The Agency in Los Angeles. “There’s certainly a perception among international buyers that now is a good time to buy U.S. real estate because it’s ‘on sale.’ Any time there’s a drop in the market, you see outside investors wanting to put money into the U.S., because it’s still the strongest market.”

Potential price cuts aside, the appeal of a safe investment outside of the volatile financial market can also prove a powerful incentive for buyers looking to diversify their international portfolios.

“We started following markets that were emerging from the virus as we were going into it—South Korea, Mainland China, Portugal—that all had strong markets in early April,” said Nikki Field, a senior global real estate adviser with Sotheby’s International Realty in New York. “We focused on our wealth adviser contacts there to let them know there was opportunity in New York.”

And while many local buyers in New York City have been headed for privacy and acreage outside of the city, for international investors focused on eventual resale value, the condo market is still king.

All of which means that sellers hoping to offload luxury condos may want to turn their attention outside U.S. borders—and that for would-be investors, now might be the time to get a foothold in major cities while other buyers are distracted by the suburbs.

Buyers Are Seeking Out Signs of Distress

Though the market may not be at its low point, some investors are nonetheless treating the current moment as an opportunity to invest in high-end properties at a relative bargain.

“In Miami, we’ve seen an uptick not only from markets like Chicago and New York, but also from Europe and South America,” said Rishi Kapoor, CEO of Location Ventures, a developer based in South Florida. “Towards the middle of May, we started to see interest from some of our feeder markets in Columbia, Mexico and Venezuela, who aren’t comfortable with how their local governments have handled [the pandemic], who have always been interested in Miami and now realized they can make it work as a home base.”

The sense that there are deals to be found as U.S. markets struggle is also a significant driver of interest from abroad.

“In new development, what you’re really attracting from abroad is investment opportunities,” said Vickey Barron, a New York City-based Compass agent. “They’re looking at New York thinking, ‘why not come in now, pick up some great assets at a good value, and the market will bounce back.’”

For London properties in particular, the current exchange rate adds another layer of appeal for foreign buyers.

“For investors, there’s a huge advantage to [buying] the dip,” said Camilla Dell, founder and Managing Partners of Black Brick Property Solutions in London. “Central London was already down 20% from its peak [in 2014], and the pound is weak, effectively giving dollar-based buyers a 45% discount.”

“The clients I’m speaking to from overseas are looking for signs of distress, and where they can, buy cheaply,” Ms. Dell said.

Though the currency difference is less dramatic in the U.S., some investors are making a similar calculus for purchases stateside. “We’ve had such a strong dollar for so long that when there’s any little hole in the marketplace, where foreign buyers sense they can catch up, they’re jumping in,” said Dora Puig, director of sales at Palazzo Della Luna, a development on Fisher Island in Miami.

Buyers shopping cities for deals might not find especially large price chops, but they are likely to be able negotiate more favorable terms on payment plans, monthly maintenance, and other assorted extras that are geared towards investors who are keenly focused on overall cost and thus willing to negotiate for concessions outside of the asking price.

“Everybody is asking for the ‘COVID discount,” said Gil Dezer, president of South Florida-based Dezer Development. “We’re not lowering prices, but we’re doing value adds—we might pay maintenance, we might do a flooring package for somebody. We don’t want to affect the values of the buyers who have already purchased, so those little add-ins can usually make the deal.”

Essentially, any offer that shifts expenses from the buyer to the seller is fair game.

“I’ve seen developers sell apartments furnished, or give big credits at closing for interior design because they want to [get the deal done],” added Ms. Puig.

In New York City’s market, where luxury prices had already deflated over the past few years, discounts aren’t growing much beyond a few percentage points, Ms. Barron said. “We already did our work adjusting prices prior to the lockdown, but you could make an argument [as a buyer] that you don’t want to pay maintenance for services you can’t use right now, so the building should pick those up for the next 12 or 24 months.”

“The more courtesies the developer offers, the higher the transfer price,” Ms. Field said. “So it’s not just 35% off the asking price, it’s 35% off the complete cost. [Covering] the mansion tax, finishing closets, doing painting or modest renovations, crediting back many months of common charges, all at the developers’ cost. Those aren’t recorded, but the transfer price is obviously higher, and the credits are deeply attractive to buyers.”

In new developments, deposit size has also become a common point of negotiations.

“Many developers have reduced the levels of deposits needed to purchase a property here,” said Edgardo Defortuna, president and CEO of the Fortune International Group, a Florida-based developer. “They used to request 50% deposits throughout construction, and in many cases it’s now 30% or 35%.”

Due dates for deposits have also become more flexible to allow time for buyers who may have difficulty traveling under current restrictions to see a property in person before taking the plunge, Mr. Defortuna said.

However, for investors specifically in search of deals, the time frame for finding major discounts could be deceptively brief, as urban markets begin to regain momentum and competition from other foreign buyers increases.

“International buyers that are coming late into the fold are not being afforded as eager, immediate deals as they were just a month ago,” Ms. Field said. “The window of opportunity is short.”