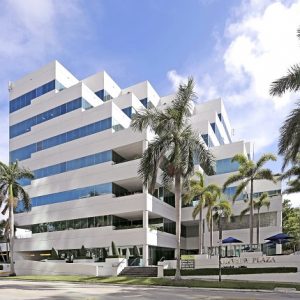 SH Hotels & Resorts‘ new headquarters in Coconut Grove is expected to be ready by Jan. 1, 2023, the company’s top executive told the Business Journal.

The space will be large enough for 35 to 50 employees, some of whom will transfer from SH Hotel’s offices in New York and Los Angeles. Other employees were hired within South Florida.

Leal, a Coconut Grove resident, said the decision was made last year to move SH Hotel’s headquarters from Los Angeles to Miami in order to be closer to 1 Hotel South Beach and the substantially completed headquarters of SH Hotels’ parent company, Starwood Capital Group, a private investment firm with $120 billion under management.

Both buildings are across the street from each other on Miami Beach’s Collins Avenue corridor, near 23rd Street. Leal said the company opted to lease space in Coconut Grove, instead of within the Starwood Capital Group building, because the neighborhood is closer to Miami International Airport.

SH Hotels & Resorts manages 11 luxury hotels around the world, including the 1 Hotel South Beach, which Starwood and LeFrak sold to Host Hotels & Resorts for $610 million in February 2019. SH Hotel & Resorts will manage at least another nine planned hotels, including Treehouse Brickell, which will operate within JDS Development‘s 64-story 1 Southside Park project.