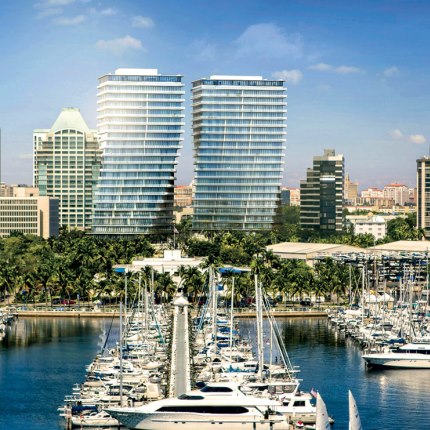 There have been plenty of anecdotes lately about wealthy people moving to Florida, with high-profile business men like Barry Sternlicht and Carl Icahn among them. Some fresh data puts a finer point on just how real that migration is.

As Bloomberg noted last week, the report for the month of October 2020 shows that new signed contracts for condos worth $1M and more in Palm Beach County jumped 300% compared to October 2019, from nine to 36. In Fort Lauderdale, they jumped 666%, from three last October to 23 this October. In Miami-Dade County, they jumped 58.9%, from 56 to 89.

Single-family homes have been in high demand, too: Sales were up 373.9% in Palm Beach, 36.4% in Broward and 136.5% in Miami-Dade compared to the same time frame last year. The jump in condo sales is notable because industry leaders over the past couple of years have expressed worries about a condo glut.

Jay Phillip Parker, CEO of Douglas Elliman in Florida, told the Miami Herald in October that the tight single-family market is expected to drive condo sales.

“Inventory is drying up in the single-family home market and that is going to push up prices,” he said.

In West Palm Beach, one of the splashiest buildings to be completed recently is The Bristol on Flagler Drive, where amenities include Bentley service throughout the county. According to the South Florida Business Journal, the family trust of the late Eugene Applebaum, who founded a Michigan drugstore company that he sold to CVS, bought a unit in the Bristol for $11M in November 2019 and recently sold it for $16M.

A Bloomberg article Wednesday warned that the richest 1% of New Yorkers leaving the city would “devastate” it: that income group collectively earned $133.3B in income in 2018, according to data from the city’s Independent Budget Office, and paid 42.5% of total income tax collected by the city, or $4.9B.