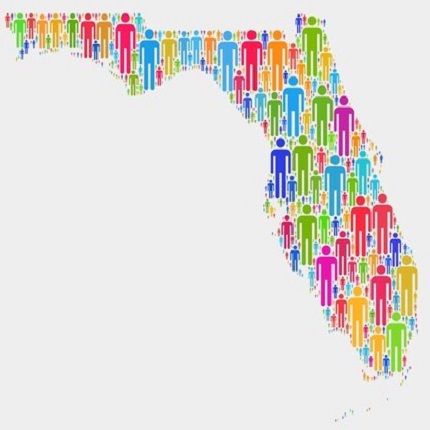 Language, race, and birthplace are pivotal in public policy in Miami-Dade County, though they are often unspoken decision-making yardsticks in a world focused on political correctness.

But while these factors are policy gauges, they seldom use current data. The US Census Bureau’s American Community Survey 2021, out this month, is the most recent window into Miami-Dade’s demographic realities and should test our assumptions.

One valid notion is that Miami-Dade’s rapid change is fueled by continuous arrivals from abroad. We now are very much a county of the foreign born: 1,428,266 of us – nearly 54% of the 2,662,777 population – were born in another nation.

In other words, most of us – including US citizens who constantly flow in – are newcomers. Every business, government and civic action should factor in the need to inform newcomers not only of what is happening but how it fits into community life. We can’t assume people “know” this already or that they learned it in our schools, because they probably didn’t attend our schools.

That becomes clear when we look at ages in our population. While the average resident is now 40.9 years old, the average age of the native born is only 25.8 while the average foreign-born resident is 51.2. While an aging Europe felt overrun by young workers from abroad, our native population is much younger than our arrivals from elsewhere. Thus, more newcomers are likely to have been schooled before they arrived, and that schooling did not include civics lessons that once were the basis to understand how government and the community work.

Fewer and fewer of us, for example, are likely to know from their school years what authority rests with municipalities, counties, states, school boards or the federal government. No, the county commission can’t change state law or the mayor deal with school curricula – but we can’t expect people to know these things instinctively. It’s vital to make those points clear over and over as more waves of newcomers arrive.

Don’t forget, too, that the boundaries of government decisions and structures vary even between states. Too many squabbles originate over the powers and levels of decision-making. It’s like watching baseball, football or soccer – if you didn’t grow up playing the game, the rules are fuzzy and you might not understand the penalties.

The native born here outnumber foreign born in age groups up to 25, when the balance shifts the other way. The older the group, the more likely they were to be born abroad rather than here – only 3.6% of natives are over 75, but 11% of the foreign born are. Again, this is the reverse of those nations where aging native populations have supplemented their workforces with young foreigners.

While many have expected later generations of immigrants to assimilate to become traditional Americans, that has not extended to language – 33.8% of Miamians told the census nobody in the household 14 or older speaks English “very well.” Among naturalized citizens the figure is 49.6%, while among non-citizens it is 65.3%. For that reason, bilingual government documents must remain well into the future, and even English communications in this community need to be structured in “textbook” language.

One assumption that has never been properly nuanced is the county’s ethnic characteristics. If it ever really was a matter of just Black, white or Hispanic, that is certainly not the case today.

Race is complex: the census says we now are almost evenly split between persons of one race (50.1%) and those of two or more races (49.9%). In addition to those who say they are white (24.7%) and Black (15%), the Asian (1.6%) and Native American (0.3%) groups are small – but 8.6% of us characterize ourselves as of a single race but part of none of the other groups. Racial politics may never have been wise, but now it becomes a perilous path best avoided.

Nationally, a separate report this month from the Census Bureau notes that the number of people who spoke a language other than English at home nearly tripled from about one in ten persons in 1980 to almost one in five in 2019 – nowhere near the 74.7% in Miami-Dade in 2021 but following the same path Miami is on, and of those non-English language US homes, 62% spoke Spanish.

The national survey found that the more than 41 million Spanish-speaking US homes far outnumbered the 3.5 million that spoke Chinese, the second most-used foreign language at home, followed by Tagalog, Vietnamese and Arabic.

The census report on language noted that the federal government uses these facts “to provide language services under the Voting Rights Act, as well as to allocate educational funds to state English as a Second Language (ESL) programs.” Again, our county and local governments and businesses should be using the data to make their own decisions. They ignore them to their peril.

So, does that show a subtle but significant change in our immigration pattern, or is the European inflow growth due to temporary turmoil on that continent or business opportunities here? A long-term shift could be a game-changer in a nation that was founded on European arrivals.