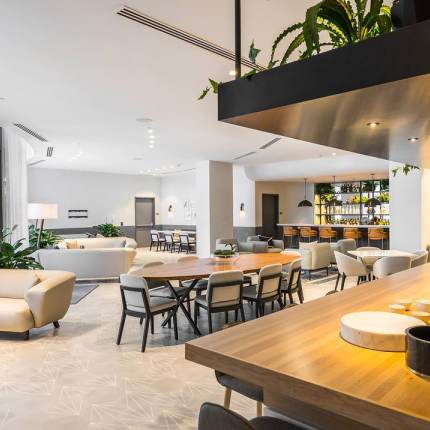 Eyebrows were raised back in September when the stark-white Miami Beach ocean-view condo owned by the late superstar architect Zaha Hadid sold for $5.75 million. The surprise didn’t come from the seemingly lofty price tag, but from the fact that just a year before the 2,400-square-foot, three-bedroom condo had been listed for $10 million.

While that 42 percent reduction was no doubt significant, it paled in comparison to the price adjustment for the famed Ziff family estate a little further north in Manalapan, Fla., just south of Palm Beach. Back in January 2016, the sprawling 15-acre oceanfront compound, owned by the late publishing magnate William B. Ziff, went on the market for an eye-watering $195 million. Today, there are still no takers, despite the current $137.5 million asking price—which is a $57.5 million drop.

“The high-end luxury market is definitely softening right now,” says Daryl Fairweather, chief economist at Redfin, the Seattle-based real estate brokerage and research firm. According to a recent Redfin survey of more than 500 of the highest-priced listings in the U.S. during the second quarter of 2018, the combined reduction in asking price amounted to a staggering $1 billion.

“I wouldn’t call it a crash in the luxury market, but there’s definitely a significant readjustment in pricing going on,” says Fairweather.

Yet despite this, the pace of construction does not appear to be slowing. According to Peter Zalewski, Miami currently has 102 high-luxury condo towers under construction—everything from the 66-floor Aston Martin Residences (penthouses from $50 million), to the Estates at Acqualina in Sunny Isles Beach, with prices up to $35 million.

“I do think the worst is yet to come. By next summer, many of the cranes will have come down, developments will be completed, and the pressure to complete sales will be intense. The vultures may be circling, but for the time being there’s no carcass. That will come,” says Zalewski.