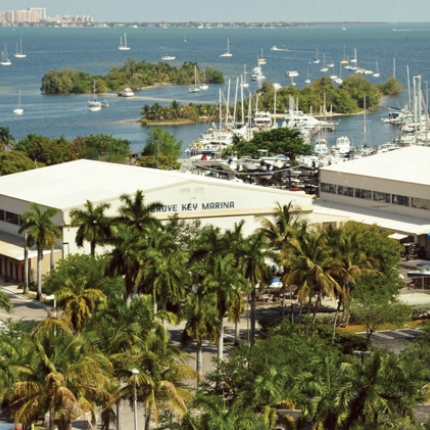 A multi-million-dollar project to reshape the Coconut Grove waterfront into a mixed-used development called The Harbor was scheduled to demolish the aging and now-defunct Chart House restaurant Sept. 11. The only problem was that Hurricane Irma hit Miami on the same day.

The Grove Bay Hospitality Group had plans to start construction on the waterfront once demolition finished, but with the damages the hurricane wrought, the entire schedule is now pushed back a couple of weeks, according to co-CEO and co-founder Ignacio Garcia-Menocal.

“Talk about timing,” he said, referring to the hurricane. “The demolition and construction crew were pulled back by multiple municipalities to do clean-up work, so it will take longer. We have a lot of the behind-the-scenes stuff from engineering and architectural complete. The actual physical work was going to be kicked off after the demolition.”

Estimated to be an 18-month process, Mr. Garcia-Menocal hopes that The Harbor opens by the end of 2018 or the beginning of 2019. The project is estimated to cost $80 million, as submitted in the request for proposals for development of the city-owned land, which spans seven acres, including the marina, construction of three restaurants and converting World War II era seaplane hangars into retail shops.

The Harbor is to have an expansive and elevated indoor/outdoor event space overlooking the waterfront, a public baywalk, retail shops to serve the marine community and local neighborhood needs, a public mini-park, and two high-class dining restaurants, a seafood restaurant by top chef Jeremy Ford and another “nationally renowned chef” for a steakhouse that will be announced later, the developers said.

The Grove Bay Hospitality Group had won the contract from the Miami City Commission in 2013 to lease seven waterfront acres that includes the waterfront and historical hangars. To bring life back to the area, the group is reinventing long-time outdoor waterfront eatery Scotty’s Landing to Hangar 42, a public eating area that is a tribute to what was the former home of PanAm’s Sikorsky-42 airplanes.

COO Eddie Acevedo, who specializes in attracting renowned restaurants, said The Harbor includes a marina with 400 boat slips that allow guests to dock their boats and enjoy what the place offers.

“This is an added bonus for guests, where you can just get off your boat and into a restaurant and see the most beautiful sight in Miami,” Mr. Acevedo said. “In terms of scope, this is currently our biggest project.”

Co-CEO Francesco Balli saw the area as currently underutilized and inaccessible but said it still contains a lot of rich history and natural beauty, prompting the group to initially bid on the land.

“We are all locals, born and raised here, and go to Coconut Grove a lot. Some people forget that the water is here, and some current designs are unappealing,” Mr. Balli said. “We are mindful of what this land and location means to the locals and we will open it back up to them. This is a selfishly local project, and we want to see the area get what it deserves.”