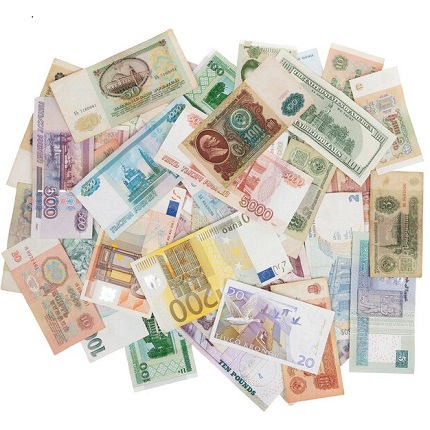 The glittery multicultural city of Miami has been attracting international homebuyers for decades, but the pandemic put a temporary damper on foreign buyer activity that’s begun to reverse as travel restrictions ease up.

Even during the tamped-down international buying market between April 2020 and March 2021, Florida attracted more foreign buyers than any other state for the 13th consecutive year, according to the National Association of Realtors’s 2021 Profile of International Transactions in U.S. Residential Real Estate Report. Some 22% of all homes purchased by international buyers in the U.S. during that period were in Florida.

“And now, real estate agents are seeing more foreign buyers in Miami with vaccines available and travel easier, although not in the numbers seen in past years,” said Craig Studnicky, CEO and president of Related ISG Realty Group in Miami. “It’s like if you’ve been walking through a desert for 10 miles and someone gives you a glass of water, it feels like a lake. We are seeing some international buyers, but nothing close to what we used to see. Domestic buyers kept Miami’s housing market hot despite the pandemic. Five years ago, 75% of our sales were to foreign buyers, mostly from Latin America, Central America and the Caribbean. Last year, 90%t of our buyers were from the U.S., so that’s a huge change.”

Another shift is that foreign buyers in Miami are coming from different countries than in the past.

“Miami is nicknamed the “capital of Latin America” and is still a hot spot for international buyers,” said Tony Rodriguez-Tellaheche, co-founder and managing broker of Prestige Realty Group in Miami. “When other countries are doing well, like Venezuela and Brazil years ago, people from those countries like to buy in Miami. When they’re not doing so well and people want to get their money out, they also come to Miami to buy homes.”

Nearly half of foreign buyers in Florida (47%) chose the Miami-Fort Lauderdale-West Palm Beach area between August 2019 and July 2020, according to the 2020 Profile of International Residential Transactions in Florida report by the Florida Realtors Association. The top countries for foreign buyers in Florida were Canada, Brazil, Venezuela, Argentina and the U.K., but now agents report seeing buyers primarily from Mexico, Columbia and Peru. Political and economic circumstances in their home countries often drive home purchases in Miami.

“Buyers from Mexico are always about 5% to 10% of sales in Miami and that steady flow continued as soon as Miami pulled out from quarantine,” Mr. Studnicky said. “They’re buying houses and condos as a permanent home or a second home, not just investing in real estate.”

Brazilian buyers, normally a big part of the Miami market, have a very weak currency compared to the U.S. dollar, Mr. Studnicky said. In addition, Brazil’s economy was extremely hard hit by the pandemic. Buyers from Argentina have also been absent from Miami because of the deep recession in the country, currency issues and the impact of the leftist government there, he said.

“Some Argentinians who want to buy in Miami lack liquidity and are having problems getting their money out of the country,” said Sergio Pintos, principal of PMG Residential in Miami. “We’ve seen a notable pick-up in buyers from Peru recently who want to get their money out of the country due to the political situation there. There’s a leftist government there and people are afraid of what will happen in the coming years.”

When elections were held in Peru, Miami saw a quick increase in buyers from there, said Mr. Rodriguez-Tellaheche. Covid-19 hit Peru particularly hard, too, he said.

“Most of the Peruvians we work with want to move to Miami permanently,” Mr. Rodriguez-Tellaheche said. “They’re buying bigger houses for their kids and because they have more family members coming behind them.”

Like Peru, political and economic problems in Colombia recently led to an uptick in buyers from that country, said Mr. Pintos.

“Colombians were a big part of our market before 2007, then they disappeared for awhile but now we’re seeing more of them again,” Mr. Pintos said. “We’re seeing some more people from Chile, too, because the political situation there is not positive, and people want to bring their money to Miami.”

While some buyers look for homes they plan to use in Miami, many buyers from Colombia are investing in upscale condos for wealth preservation rather than a permanent home, said Mr. Studnicky.

“Most foreign buyers we see want a permanent home or at least a second home in Miami rather than an investment property,” said Judy Zeder, a real estate agent with The Jills Zeder Group, affiliated with Coldwell Banker Realty in Miami. “It depends on the economic and political situation at home. Some keep a place in their home country, move to Miami and then move back in a few years when things stabilize. But they usually keep their second home in Miami.”

Some foreign buyers have been able to fly to see their property before making an offer or before the closing, Ms. Zeder said.

“Buying sight unseen is rare,” Ms. Zeder said. “At the very least, someone usually has a family member in Florida who can look at it.”

Canadians and Brazilians, typically among the largest groups of Florida buyers, are anticipated to return to Miami within the next several months as travel restrictions are lifted, said Mr. Studnicky.

“We definitely see a lot of foreign buyers who want an apartment in Miami that they’ll use as a second or third home, but we also see a lot of international investors, too,” said Mr. Pintos. “Either way, these are buyers who keep these properties as part of a long-term plan.”

“Some international buyers only want a single-family home on a large waterfront lot in a gated community, which can cost $10 million to $30 million if it’s got a big water view,” said Ms. Zeder. “A house with a canal view can be $3 million or $4 million minimum.”

The lack of available single-family homes means that some buyers switch to high-end condos with private elevators and big balconies with water views that can cost from $7 million to $40 million depending on the unit size, said Ms. Zeder.

“There’s a little more inventory in condos than in houses, but as international buyers return, I expect that to be snapped up,” said Mr. Studnicky. “I expect condo prices to increase between October and April as foreign buyers add to the demand we’re seeing from domestic buyers.”

Miami As A Weathervane

International buyers are anticipated to return to other parts of the U.S. as well as Miami as travel restrictions are lifted in the country and overseas, Mr. Studnicky.

“Covid has been handled better in the U.S. than in many other countries and some people want to come here to get vaccinated,” Mr. Studnicky said. “Miami has a strong economy, a wealthy population and a bilingual culture that will continue to attract international buyers, especially from Latin American countries.”

One thing that’s a near certainty, Ms. Zeder said, is that prices will increase as foreign buyers return to Miami and begin to compete with domestic buyers.