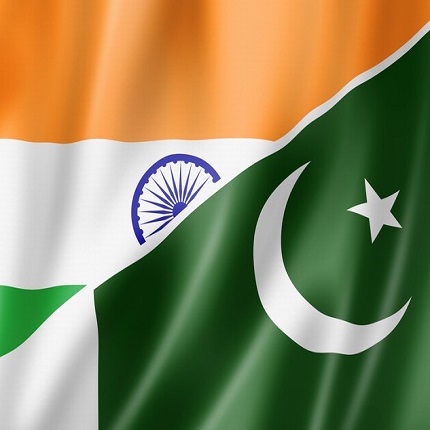 Prospective investors from the Indian subcontinent (India and Pakistan) have recently demonstrated very high levels of interest in Miami and South Florida real estate, but economic and logistical realities are keeping a true groundswell of investment at bay — for the moment.

Each year, the Miami Association of Realtors announces the list of foreign countries that searched for residential properties on its web site, and India was at the No. 2 ranking for 2018, with Pakistan close behind at number five.

Another vital sign of interest from Indian and Pakistani investors is the high number of EB-5 program applications that have been generated from the subcontinent. This unique financing vehicle allows foreigners and their families to secure conditional U.S. residency and a path to citizenship in exchange for $500,000 investments in local businesses, which in turn are used to create local jobs.

India also ranks high on the waiting list for visas, as a November 2017 report from the U.S. State Department showed that, of the more than 30,000 investors in line for visas, 307 were from India.

The promise of a wave of interest in Miami from this distant part of the world bears some close examination. Thus far, South Florida has primarily seen only wealthy investors from India and Pakistan buying commercial properties and high-end residential properties, but an influx of new middle-class buyers from the sub-continent could dramatically impact our real estate market.

“My own experiences, and those of my Miami real estate colleagues, show this rise in interest from Indian and Pakistani buyers, as well as the challenges they face,” states Fabian Garcia-Diaz, a member of the Master Brokers Forum and executive director of sales and investments with ONE Sotheby’s International Realty. “My business partner and fellow Master Broker Allan Kleer, told me about a recent client, the son of a wealthy Indian family, who fell in love with South Florida a few years ago: “Regardless of the distance, change of currency, and visa adversities, he was able to obtain legal residency and started to invest in South Florida real estate with happy and rewarding results. However, the process was very strenuous and viable only for the affluent investor at this time.”

India is a vast and emerging country, where half of the 1.3 billion people are under the age of 27, according to a recent Atlantic magazine article. Amid the large numbers, India’s middle class is comprised of only 23.6 million people, with an average annual income of $13,662 U.S. dollars, per Credit Suisse’s 2015 Global Wealth Report.

Even among prospective Indian investors of greater means, significant financial roadblocks for investment in the U.S. loom. Current money transfer restrictions imposed by the Indian government are limited to $250,000 per year for each family member, with a $1 million maximum for each family. (U.S. banks also impose very strict monitoring on money exchanges from Asia.) The U.S. dollar-to-Indian rupee (INR) conversion rate is also a major challenge, with the INR dramatically losing value against the U.S. dollar since the beginning of 2018. (At the time of this writing, one U.S. dollar equals about 70 rupees.)

Fabian Garcia-Diaz states: ” In my opinion, however, the biggest obstruction to greater Indian and Pakistani investment in South Florida is the continued lack of direct flights between our two regions. I wrote about this issue in a September 2017 Miami Herald column, specifically highlighting my Mumbai-based clients who almost purchased a Brickell Avenue condominium but ultimately decided to pass based on the excruciating travel demands the purchase would have meant for them. (Their options at the time were a Swiss Air-United connection with one stop and a 26-hour layover, or a Delta-Air France connection with two stops and 34 hours of combined layover. Can you blame them?) While a direct flight to and from New York City has improved travel options somewhat, I strongly believe a Miami-Mumbai round-trip route would be a “game-changer” for our real estate market.”

Fabian Garcia-Diaz states: “Economic and geopolitical realities would suggest that a South America-like surge of buyers from this part of the world is wishful thinking, but I remain optimistic about Miami remaining top-of-mind to serious sub-continental real estate investors. I already notice more people from India and Pakistan amid Miami’s beautifully diverse population, and see them quite comfortable with our international and cosmopolitan culture. If these aforementioned currency, banking, and travel issues could be even slightly improved over the next 10 years, these prospective buyers could fill some major gaps in Miami’s heavy surplus of condominium units.”